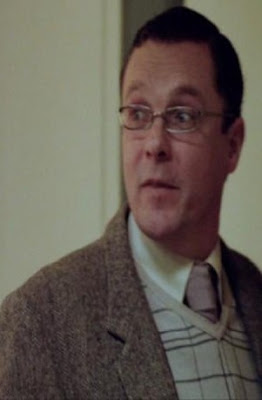 This is 1955, a school teacher who appears in the episode Anvil.' There is something about this man, the look of him. The moment I saw 1955 I could see the similarity between him and this man. 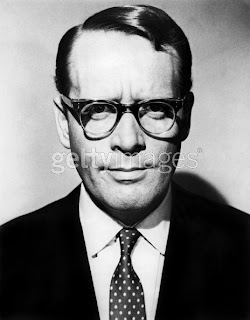 John Drake, but in the guise of Robert Fuller, a clerk who is recruited to a school for spies, Colony Three, somewhere behind the Iron Curtain, in the Danger Man episode Colony Three.
I don't know if the resemblance between the two characters is deliberate, or whether it's simply a coincidence, but there is is for what it is worth, and cannot be denied.
Be seeing you.
Posted by David Stimpson at 08:41