Whatever Happened To No.48? 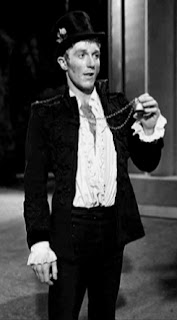 No.48, the symbol of rebellious youth, yet rebelling against nothing it can define! The last we saw of No.48, was when he was thumbing a lift somewhere along the A20 between Dover and London. What's more, it didn't seem to matter to No.48 in which direction he went, as he was seen trying to hitch a lift on both sides of the carriageway. Perhaps it didn't matter in which direction No.48 was going, nor even arriving there. Only the journey matters, a journey which could take No.48 in any direction.
There was talk of a sequel series to the Prisoner, with Alexis Kanner and the Butler Angelo Muscat, being chased all over the world by agents of the village. It was to have started off at the Olympics, with No.48 and the Butler joining in one of the races. Well words to that effect. But the sequel to the Prisoner never appeared, which was probably just as well really, as the idea seemed to be a pretty stupid to my way of thinking.  So what did happen to No.48? Well, having come from a titled family, he eventually became Lord Etherley, christain name Tarquin, and is here. 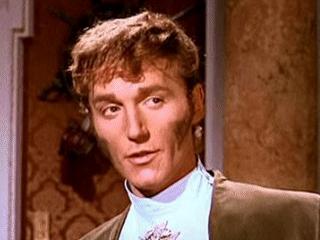 Crossplot is the 1969 film starring Roger Moore as Gary Fenn, and Alexis Kanner as Lord Tarquin Etherly. The film's opening has Westminter Bridge, and St. Stephen's Tower, housing Big Ben in the background, both of which are iconic visualisations in the Prisoner. Also a white Mini-Moke, and Alouette helicopter both appear in the fillm. There is a chase through a funfair, aka The Girl Who Was Death. At one point Alexis Kanner wears a military jacket, and goes on to wear a coat and dear stalker akin to Sherlock Holmes, and that of Mister X in The Girl Who Was Death.
If you have not seen Crossplot, then I advise you to check it out, for it does have it's Prisoneresque moments. And is a fun film from the swinging sixties, and a lightweight pre-Bond film for Roger Moore.
I'll be seeing you.
Posted by David Stimpson at 08:48