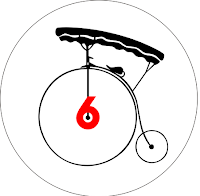 Badges worn in the village can be fascinating. Take these two No.6 badges, which are as different from one another as chalk and cheese. The one has the Penny Farthing facing towards the right, and the other to the left. But that is not the only difference. One has the red numeral six printed over the pedals and wheel strut. The other has the red number printed behind the pedals and strut. But in both cases, the single digit 6 is set in the centre of the penny wheel, but not in all cases. 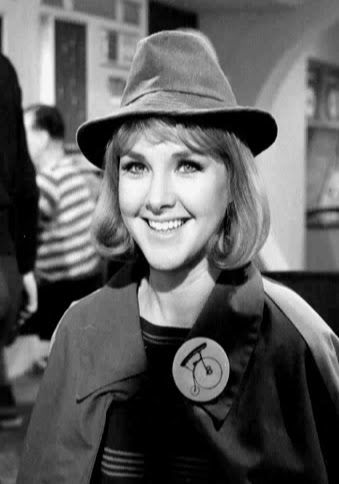 Take No.8 here, a very charming lady I'm sure, but it is her badge in which we are interested in for the moment. You will be pleased to observe the single numeral 8 on the badge, it is set off centre. Originally the badge did not denote the number 8, but started out as a two digit number, possibly a three digit number, the first and possibley the second digits having been tip-exed out so to create the number 8 badge. And that is what they did when producing the Prisoner. If a certain badge was called for, but no such badge was in stock in properties, then such a badge as No.8's pictured here, was created with the use of Tip-X.
Be seeing you
Posted by David Stimpson at 08:55