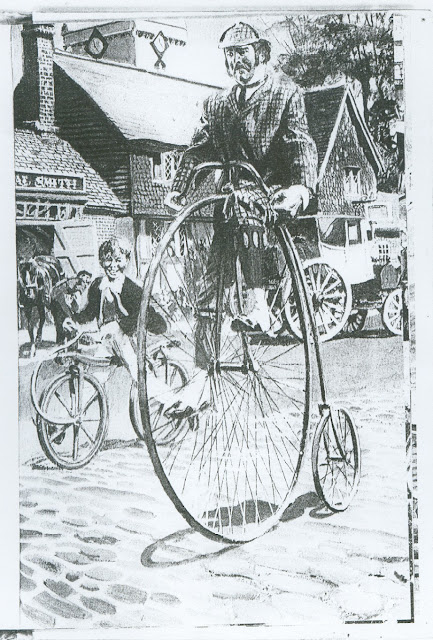 Mister X causes a stir as he rides into the Village. Well not exactly the Prisoner, although the gentleman riding the Penny Farthing bicycle is mister Xesque! This picture I found in a book a long time ago, I forget which book is was for the moment. 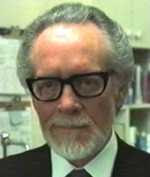 Again, not really the Prisoner, I say, isn't that Steinmetz of Columbo's Identity Crisis? Of course it's Patrick McGoohan, which just goes to show how well the artist aged McGoohan in a drawing opf Steinmetz for Identity Crisis back in the early 1970's 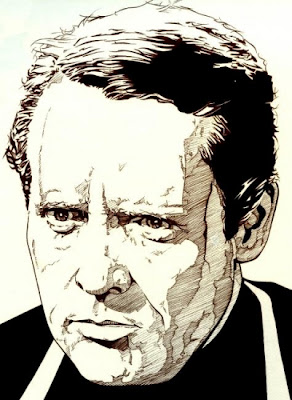 Ah, this is more like it. This is the Prisoner-No.6, produced by StarPortrait.com 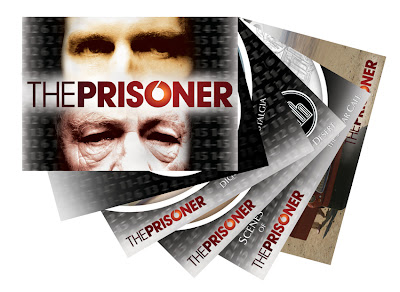 And finally, THEPRISONER promo cards, produced in 2009 for the World premier of THEPRISONER.
BCNU
Posted by David Stimpson at 08:27