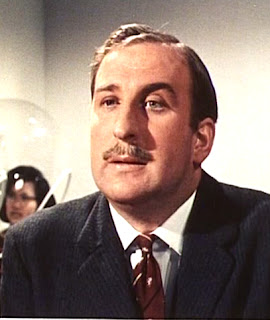 Yes Potter MBE, but that was in the days when he was the Cultural Attache for the British Embassy in Tokyo, in the days when working as a Civil Servant, and rising above a certain level, would almost certainly result in some sort of honour.

This of course is Potter in the Danger Man episode Koroshi, who meets Drake in a record store in Tokyo. 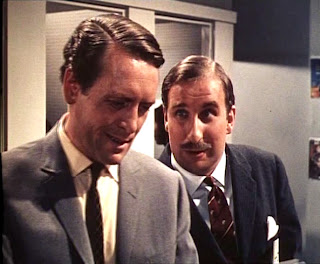 At one point during their conversation Potter talks about giving assitance to 'Lone Wolf' from London, which was the original title, before Danger Man.
I'm Obliged
Posted by David Stimpson at 08:01