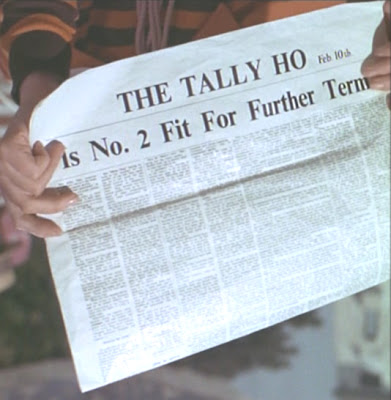 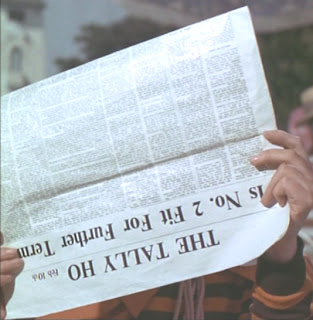 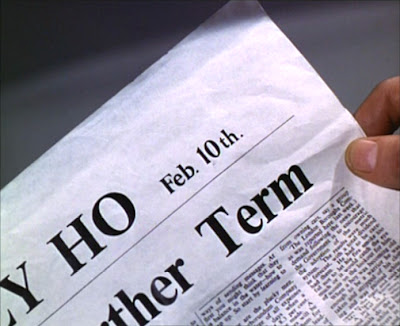 You have seen todays date, which is quite significant in regard to the Prisoner, and its all due to an issue of The Tally Ho as seen above. The headline "Is No.2 Fit For Further Term?" being read by No.14 in A B and C is not questioning No.2's ability, but that of his health, he has a stomach ulcer, hence his drinking milk in the episode as well as that of The General. It is the headline which is the important thing in A B and C, whereas it is the date itself Feb 10th which is the important factor as far as The Schizoid Man is concerned, being the date iof No.6's day-date calendar as well as The Tally Ho.
On the face of it, it would seem that two episodes are taking place at one and the same time, and if that were the case then it would mess up the Prisoner for any possible chronological order. However, this particular issue was designed to do the job for both episodes, and is the only issue of The Tally Ho to be issued with a date, Feb 10th, which is unfortunate for A B and C if you happen to observe the date of No.14's newspaper. And certainly there can be no question of No.2's helath in The Schizoid Man, although there might be a question mark of his ability to carry on as No.2, so in that regard the headline would be correct!