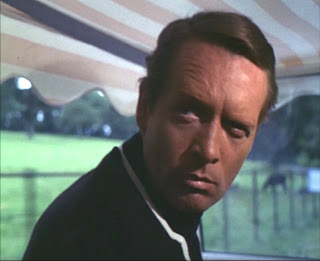 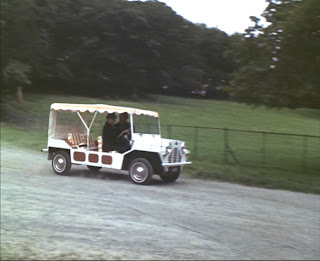 Here we see Number 6 getting a free ride home after being discharged from the hospital in 'Arrival,' and on his way back to the Village. "Just a minute. Shouldn't we have taken a right turn back there?" Of course you should Number Six. 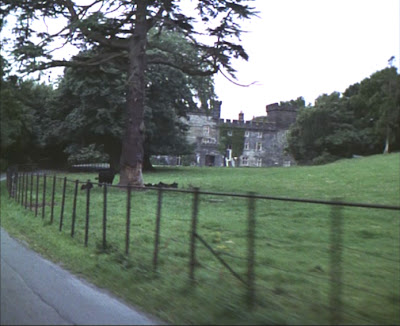 Because here we see the hospital left behind, as the taxi is driven away from the Village. But it doesn't matter, as all roads lead the the Village.....eventually. There is no chance of reaching Minffordd or Portmadog.
Having said that, when 'the Prisoner' was being filmed in Portmeirion in September 1966, some of the Village taxis were driven by Portmeirion hotel porters, ferrying guests to and from the railway station at Minffordd. That way it looked as though citizens in the Village were being ferried around the Village, when it was actually guests staying or leaving Portmeirion, and so filming was not interupted by the everyday working of Portmeirion.