What's Irritated No.2 Now? asks our own reporter 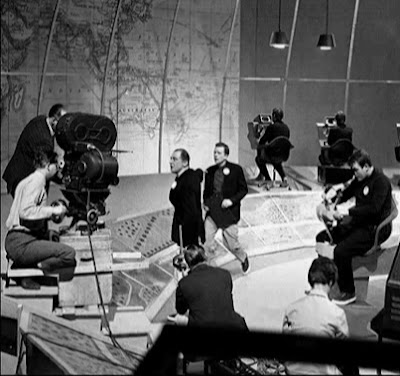 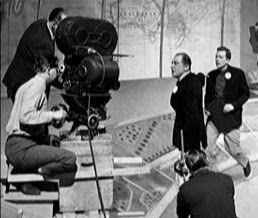 "What do you think you're doing!"
"Simply carrying out your orders Number Two."
"And what is that supposed to mean?"
"It was in this morning's newspaper, The Tally Ho Number 2, an interview with you on the security of the Village....."
"What are you talking about I..........."
"But Number Two you called for an increase in vigilance at all times. The community must be protected. Security is the keynote, your words No.2. And that we must be vigilant or the consequences will be severe!"
"Yes I know, but I didn't mean........" No.2 started.
"We've got our job to do Number Two, we dare not face the consequences" said the first cameraman.
"Did Number Six put you up to this?" No.2 barked, his voice echoing around the circular room.
"Number Six, we don't understand" interrupted the new supervisor.
"It's perfectly simple. Did Number Six put you up to it?"
"We haven't seen No.6 all morning" replied the assistant cameraman.
"That's easy to see why!" No.2 barked out "Haven't you got more of a less intrusive camera than this one?"
The two cameramen looked at each other "We were told to shoot this on thirty five millimetre film."
"Why, why were you told to do that?" No.2 shrieks into the lens.
The two camera operators shrugged their shoulders.
"Oh get out, get out!"

BCNU
Posted by David Stimpson at 08:15