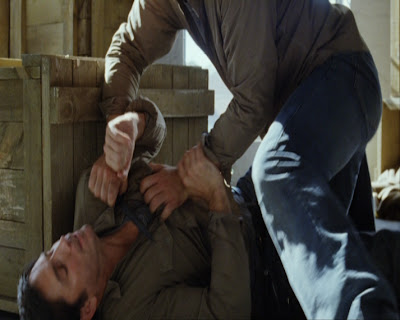 In 'Schizoid' there is a Six double, his other-self who is described as being two times six, there he is attacking Six in a warehouse. The question is which Six is Six? 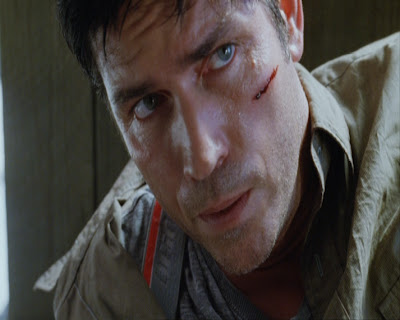 Unlike the former No.6 in 'The Schizoid Man,' there is no mole on his left wrist, no bruised fingernail. No, Six is given a cut on his left cheek so that the television viewer can distinguish between the two Six's.
However is two times Six a figment of Six subconscious? Because although in close-ups we see the two Six's struggling against each other, in long shots there is only Six struggling against himself! 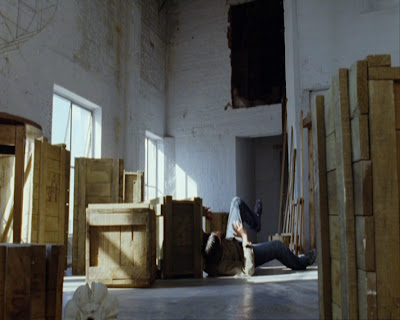 And yet Six has seen his doppleganger two times six in the street, he's chased after the man, witnessed him with a knife against Two's throat in a church because Six wants to kill Two! And from a window in one of the twin towers of the Summakor building, Six looks down into a street, he sees two times Six standing on a street corner. 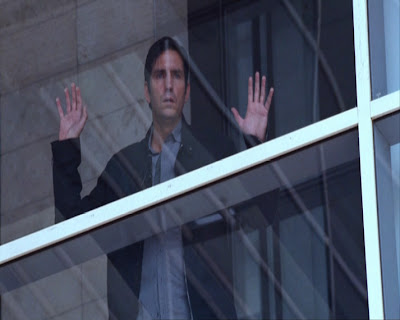 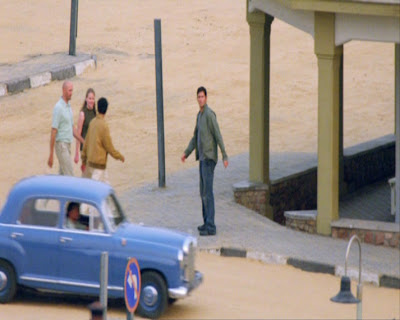 "See how the sun makes it all glow. The kind of day that makes you feel good to be alive."
{Two - Arrival}
Posted by David Stimpson at 08:21