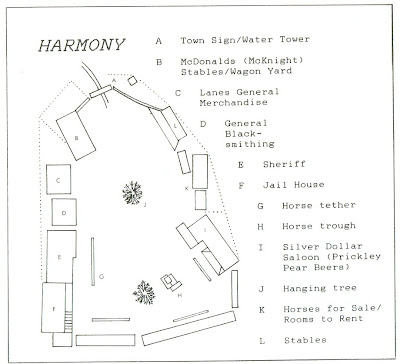 Back in the late 1980's there was much talk and debate upon the topic of "the lost Village," that being the 1880's American frontier Town of Harmony. Where exactly was it, and how far from the actual Village was it? Well Harmony was a goodly distance from The Village, over two hundred miles away at a guess. Because Harmony was a set on a back lot at film studios at Elstree. Yet in another sense, Harmony was part of The Village, as shown in the following photograph. 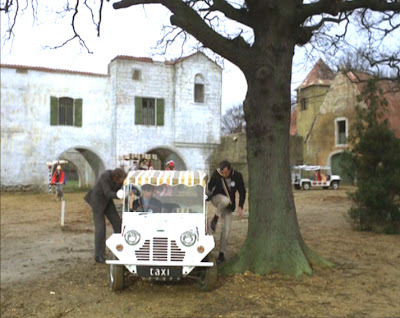 The tree is the same, as is the turreted building behind the tree, only the environment is different. Here we see a Village taxi, with citizens of the Village in the background. 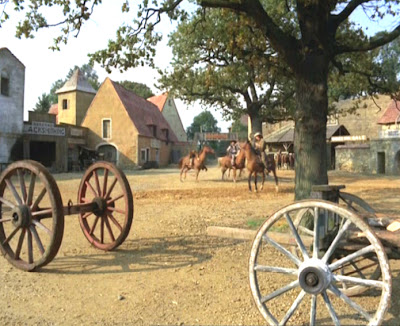 In the above picture, you see the wheels of a cart, and cowboys riding horses, but who really do not exist, save in the hallucinatory mind of No.6.
Where were the citizens who work and live in this part of The Village, while it was turned over to the Town of harmony? Well, perhaps it was occasioned like the time when No.6 woke up that morning to find The Village deserted, the citizens lying peacefully in their beds, or moved out temporarily. While for other citizens this area of The Village was made a no-go zone.