Who Is The Prisoner?
If you answer Patrick McGoohan, you might be wrong. If you said John Drake, you might be wrong again. I'd say it as No.6 once said to No.2 in Once Upon A Time "Ask on, ask yourself!" Because we're all Prisoners of one kind or another.

Well here I am, in The Village. But where is The Village? Well it's not Portmeirion I can tell you that much. But what am I doing here? How did I get here? I remember waking up somewhere in the desert, there was an old man, he told me to find 554 and to say that he got out! The old man died, so I thought the best thing to do was to bury him, god that took something like an age. I only had an old tree branch as a digging tool.
Having found myself here in The Village, I took a taxi ride, local destinations only the driver said! What no railroad station, no nearest Town. All I want is out, and to get back to . But Two told me that there is no out, there is only in, that there is no , there is only The Village. God, am I dreaming or what?
Back out in the desert there's nothing, nothing for miles and miles of desert, but the mountains and two towers. Oh god what the hell was that big white ball? It rose up out of the sand, its suffocating................................... 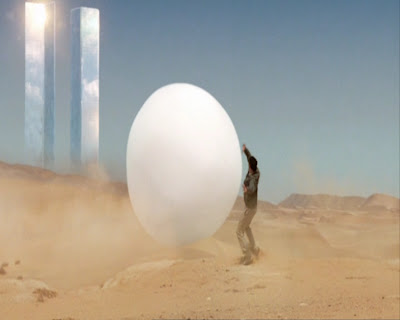 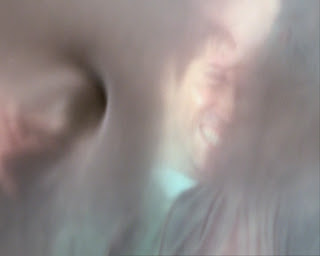 “When the last episode was shown, people in were so incensed, the Network's switchboard was blocked for hours. I had to go into hiding for two weeks, or I would have been killed. A lot of people didn't get what they expected. I'm not at all annoyed. I love people. They are entitled to their views. The Prisoner was a very time-consuming activity. I was doing about four jobs non-stop. When I'm not working I'm contemplating work. The best way I know of relaxing is working, when I care about something. The function of any art is to speak ahead of the times, to herald the warnings that are not obvious but which are there in the atmosphere."
Patrick McGoohan
Footnote: and fans of the original series complain about THEPRS6-09 series. Isn't what they say about the 2009 series the same scinario as back in the 1960's?

Be seeing you
Posted by David Stimpson at 08:06