It has been said that in the screening order, ‘A Change of Mind’ would have been a good title for the next episode, ‘Do Not Forsake Me Oh My Darling.’ In turn, that title would have proved to have been a suitable title for the following one,’ Living In Harmony,’ as it is the title of a well known song from the film High Noon. And in turn, Living In Harmony might very well have made a good title for ‘A Change of Mind.’ The character Cobb's initials in Arrival provided the next episode, ‘The Chimes of Big Ben.’ Towards the end of ‘A B & C,’ the character utters the name of ‘A Change of Mind’ Episode. Stories in which the titles are actually spoken are Arrival, A B & C, Free For All, ‘The Schizoid Man,’ ‘Many Happy Returns,’ ‘Checkmate,’ and loosely, ‘Hammer Into {or} Anvil.’ No other series containing seventeen episodes is known. 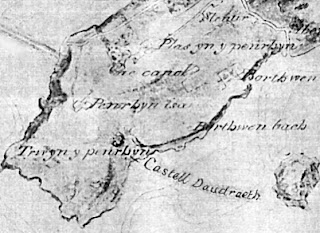 When Clough Williams-Ellis bought the costal estate of Aber Ia from an uncle, Sir Osmond Williams Bt, M.P. In a letter to Clough and Anabel's home, Sir Osmond asked if a potential tenant or buyer could be found. Shortly afterwards, Clough saw the place, and quickly became the sought after purchaser.
This run-down estate stretched from a cove in the south-west, just beyond the lighthouse folly, through the wooded land behind the quay, then the site of the Village-to-be, and ended a short distance away in the north-east with the trees of the Coed Aber Ia. It measured about two-thirds of a mile, lengthways, by two hundred yards, inland. Reportedly Clough paid £4,000 for Aber Ia.
In subsequent years Clough was able to buy the lands boardering his original aquisition, as they became available. In 1931, following the death of his uncle, Clough bought the Castell Deudraeth estate. In 1941, Clough acquired two further properties formerly owned by Carton Haigh. One was Cae Canol {Middle Field}, north-east of Portmeirion. the other, more importantly, was Y Gwylt {The Wilds}, which had received many years of Mr. Haigh's respect and thorough expertise in landscaping and planting - being particularly noted for the Azaleas and Rhododendrons. It had become seventy acres of woodland and gardens, accessible by walking along the meandering paths, which are estimated to total twenty miles.

I wonder what happened after The General, yes I know, the Village was deserted as No.6 woke up that morning of ‘Many Happy Returns.’ But I mean directly after The General, because the experiment of Speedlearn would have been brought to a very untimely end due to the destruction of the General. Mind you, the village did have other computers, possibly not as powerful as the General. But then again, there is also the death of the Professor to take into account, a man more difficult to replace than the General. A man who was trusted, a kindly man and the face of Speedlearn. A face when you see it on the television screen during one of his lectures, is somewhat symbolic of the face behind 'Big Brother.' 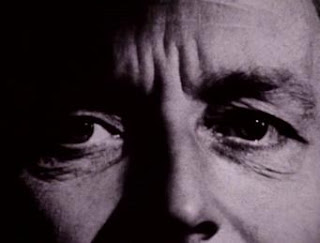 Be seeing you
Posted by David Stimpson at 08:09