Bargain Hunt is a British television programme in which two pairs of contestants are challenged to buy antiques at a fair and then sell them in an auction for a profit.
Why am I telling you that? Because yesterday, February 15th, David and Peter Shillingford both appeared together on the programme. 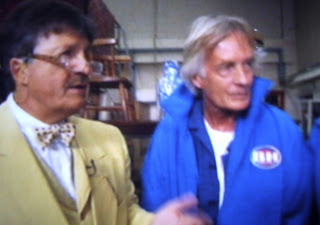 My ears suddenly pricked up when th programmes presenter Tim Wonnacott was interviewing the contestants. Peter said that he worked in the film business at Pinewood film studios. Both brothers had started as Clapper Boys. Then Tim turned to David {pictured here with Tim Wonnacott} and said that he understood that this was his first time in front of the camera. David said that his first ever job was as a Clapper Boy was on 'the Prisoner." 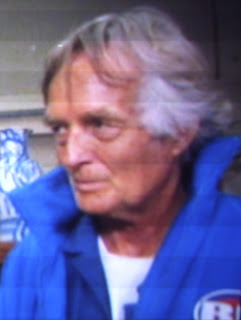