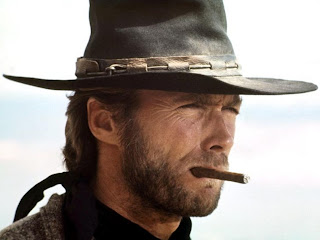 In A Fistful of Dollars he was called Joe, by the old undertaker. In For A Few Dollars More the name Manco was used. And in The Good, The Bad, and The Ugly he was called Blondie, a nickname surely. But then what's in a name? 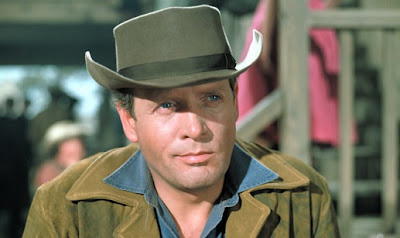 This man is known as the Prisoner, Number Six, or simply Six! So it would seem that these two characters have a good deal in common. Save for the fact that the Man With No Name is a born killer, and the other has probably had enough of killing - well that's why he handed in both his badge and gun, not to mention his horse!

Three Kinds Of Revolts?
I count only two! There's No.48 who represents uncoordinated youth, rebelling against nothing it can define. No.6, or Sir as he became to be addressed, he with his private war!
The "late" No.2, a successful, and secure member of the Establishment, who is accused of biting the hand that feeds - so when did No.2 do that then? He was loyal right up to the end, even to the point of putting his life on the line! This man did revolt, rebel, but not until the end, when he decided that if he must die, that he would die with his own mind and spits in the electronic eye of No.1!

The Jester Of The Court!
No.48, wears funny clothes, a Jester's bell about his neck which he frequently rings. Certainly the delegates of the Assembly certainly like his singing and dancing, in fact they join in with him. But No.48 is not the only funny entertainer, the "late" No.2 opens his address with a funny thing happened to me..... on my way here, ha, ha, ha, ha! So is Fall Out nothing more than a pantomime, which the viewer has to make some sense of?