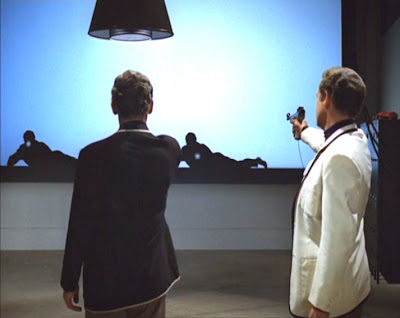 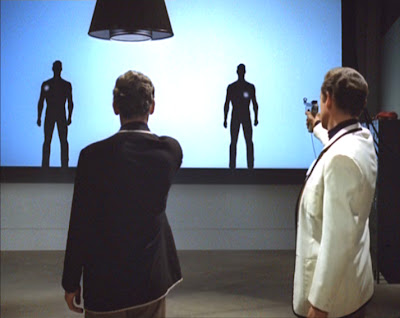 "Is there really any point to all this?"
"Well seeing as I'm really right-handed, I have to fake it!"
"What?!"
"I have to fake being right-handed, so I have to hit the target in the wrong place, not being used to shooting right-handed."
"You're acting!"
"Well I'm shooting the way I would if I were left-handed!"
"I see. Shall we try fencing. How is your fencing?"
"What right-handed?"
"Yes."
"Just the same as if I were fencing left-handed!"
"Well just be careful that's all."
"Did I ever tell you the time when I was stunt double for Burt Lancaster in the film The Crimson Pirate?"
"You swashed your buckle!"
"Well it wasn't my fault, it was a very dangerous stunt sliding down the ships sail like that!"