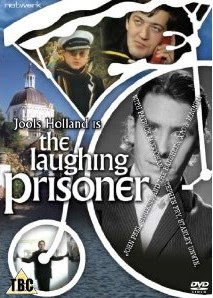 'The Laughing prisoner,' this long awaited DVD is due for release on December 31st 2013. Pre-order from Amazon book, price £6.50.

'The Laughing Prisoner' {1987} is an hilarious homage to Patrick McGoohan's 'The Prisoner.' This time it is a successful television presenter (Jools Holland) who decided to quit at the height of his stardom, after he had used a four letter word during 'The Tube' screened on Channel 4. He is abducted from his apartment and brought to the Village, where Number 2 (a young Stephen Fry) is questioning him. The whole show has a cosy 1980's feel to it, with several bands from that period performing their music. Amongst the many cast are:
Terence Alexander -at the time Head of Channel 4
Siouxsie and the Banshees
Hugh Laurie
Dave Gregory - Band Member {TXC}
Magnum {Band}
Patrick McGoohan
John Peel
Stanley Unwin

Both Jools Holland and Stephen Fry are fans of the Prisoner. What's more Jools Holland, who very much appreciates Portmeirion for it's own sake, created his own piece of the Italianate Village at his London recording studio several years ago. 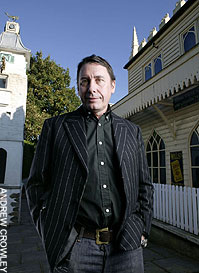 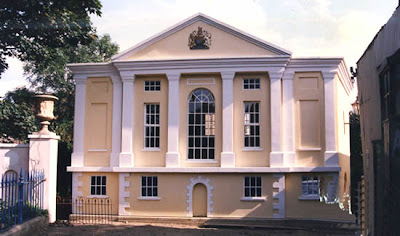 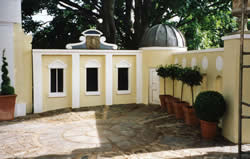 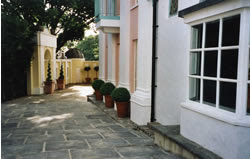 Be seeing you
Posted by David Stimpson at 15:40