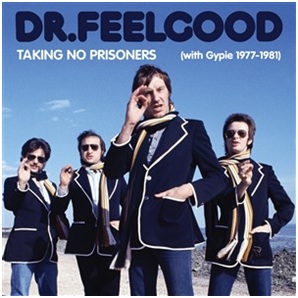 Dr. Feelgood, is a British pub rock band formed in 1971 in Canvey Island. The bands name derives from a slang term for heroine, or for a doctor whio is willing to oversubscribe drugs.
Dr. Feelgood has recetly released a 4-CD disk set, which includes a 'Prisoner' theme, a tribute to 'the Prisoner' if you like, called "Taking No Prisoners."
On the cover of the CD album, the members of the group wear piped blazers, representing the Village, and scarfs as in No.2, as they give the Village salute. 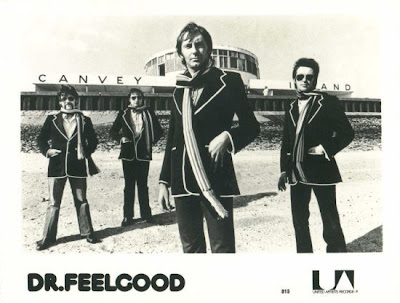 Dr. Feelgood pictured in the beach at Canvey Island circa 1970's.

Thanks go to The Unmutual and ChristineB for this item.

BCNU
Posted by David Stimpson at 07:56