Last night my wife and I sat watching the episode 'Darling,' which could be decribed as a cross between 'A B and C' in the way Six is taken to the Clinic﻿ at night, and 'Living In Harmony' as Six is given love. But love in the Village is manufactured, via chemistry.
In the Village a man or woman can find each other through the Village dating service, The Modern Love Bureau" by the use of "blink technology" just blink and your opposite match can be found. Once an appointment is arranged, you are not allowed to cancel!
You will recall in the original series in 'Free For All.' how No.2 was speaking on the telephone and seen on the television screen one moment, then at the door of No.6's cottage the next. Well the woman behind the "The Modern Love Bureau" 18-91, does exactly the same, speaking to Six through the television set, the one moment, and at his front door the next! 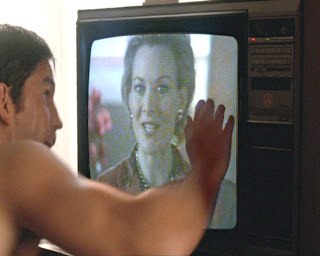 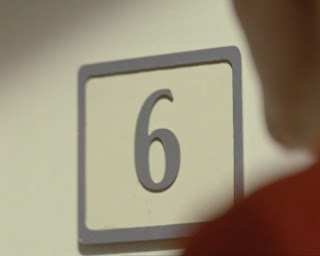 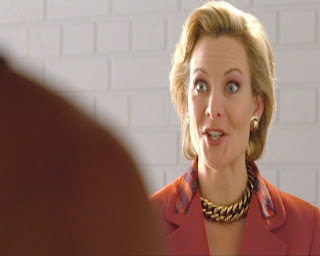 This moment is one of the homages which THEPRIS6NER pays to the original series. Six's match is 4-15, but the love Six feels for 4-15 is manufactured in a laboratory using a gene, and yet Michael is also in love with the same woman Lucy, who has been assigned to Michael to find out the reason behind his resignation. Lucy is taken to the Village by Two to break Six's heart, so that will open up Six and he'll be able to see the Six inside.
But 313, the doctor who is helping Two in his experiment on Six, is herself in love with Six. But as Two suggests to her, how does 313 know her love for six is real, and not manufactured? And that is an underlying current in THEPRIS6NER, it questions reality. In the way that you think you are sat reading this blog, but how do you know it's real? It's manufactured yes, because I'm the one doing the manufacturing. But how do you know what you are doing is real, sat there reading this, is reality? Is it real or dreamt?