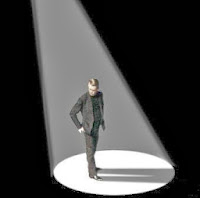 And When The Questions Cease To Be A Burden To Others & We've Made A Prison For Ourselves, what then is left?

Well nothing less than a brilliantly devised Television series. Because no matter how satisfying it is to put answers to questions, arrive at fitting interpretations of the events, happenings and individualistic items seen in the series, there is a point we all eventually arrive at..... a personal understanding of the Prisoner. How deep that understanding is, or how long we each take to arrive at such an understanding, one thing is certain, with understanding comes a peace of mind.
For myself I have questioned the prisoner, put interpretations to, and arrived at an understanding of the prisoner which might not please many, but one with which gives me peace of mind. Because for over a period of some three years I have been carrying out such an in-depth study of both the Prisoner and all related material which has never been carried out before, which resulted in a very extensive manuscript The Butler Speaks. And during that time I found it nigh on impossible to sit and watch any episode of the Prisoner without noticing something which I had previously missed or that which needed either writing upon or researching. But now my researches are as complete as they can allow, having been able to put answers to 97% of the questions posed by both the Prisoner and his village. Having been able to put interpretations to those events which create such puzzlement or misinterpretations of everyday occurrences by the use of reasoned logic. And all I need now is a publisher to take my magnum opus. Not that I would say that it is complete, because I suppose such a work can never be completed, because even today there is still the odd item which rears its head and sets me off again on the research trail, but even then times like that get fewer and fewer, and finally I have to draw a line somewhere. And even after such researches as I may have carried out, there are still certain aspects to both the Prisoner and his village which cannot be explained. Which I suppose is no bad thing.
So now I can sit back and watch all the episodes of the Prisoner and enjoy them for their own sake, from the powerful and unforgettable opening sequence to the build up of the canopied penny farthing of the closing credits. And as any good observer worth his or her salt will tell you, not all of the closing credits are quite the same, in regard to the canopied penny farthing I mean.
Have I ever tired of watching the Prisoner? No, is the swift answer to that question, even though I know the episodes backwards and I imagine that can be said of any fan of the Prisoner. yet I don't make it a regular watching of the Prisoner as a complete series. What I mean is, my wife and I might watch the whole series once or twice a year, then we like to dip into the series from time to time, watching an episode here and an episode there, made possible by the fact that even as a series each episode is a story all in its own right. If I were to watch an episode tonight, it might be Arrival, ‘Checkmate,’ ‘Dance of the Dead’ or ‘Hammer Into Anvil’ but certainly one of our more favourite episodes which just happen to be with most of the action centred around the village.
And then there are times when I try and picture in my mind the things which take place between the episodes we see. such as Curtis-No.12 parading around the village masquerading as No.6 in a cream blazer. The time of the Village festival as suggested in ‘The Schizoid Man.’ And when the episode of ‘The General’ really began to take place. Because the Professor and his wife just didn't arrive in the village the day after The Schizoid Man, the art class held by the Professors wife tells you that much, and when was the computer The General brought to the village? And what would be seen as the continued use of the Seltzman machine of ‘Do Not Forsake Me Oh My Darling,’ even without the good doctor Seltzman! And what happened to No.2 after his breakdown, such was the bed waiting for him in the psychiatric ward of the hospital! Such examples as these, along with other instances are what intrigues me now. Perhaps there is the call for a short story or three to be written in order to please my over imaginative mind.