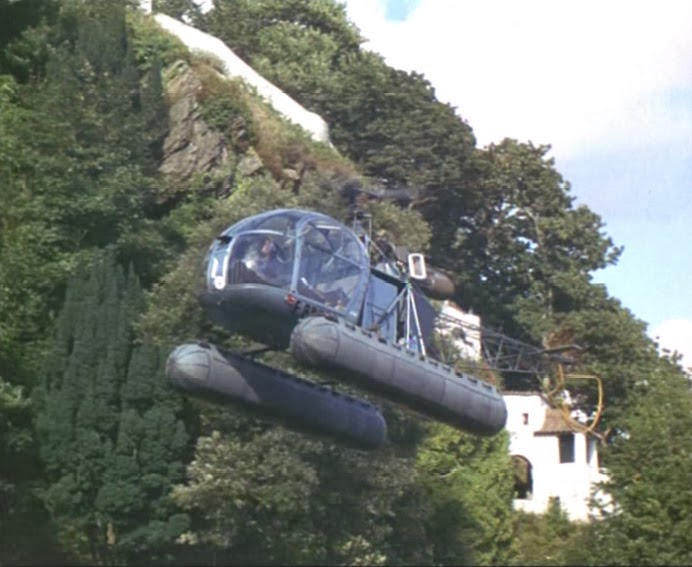 In 'Arrival' No.6 attempts to escape the Village by helicopter, and for a few moments it looks as though he might succeed. But an operative in the Control Room takes over flying the helicopter by remote control, flying both the helicopter and the Prisoner back to the Village.
I had the thought the other day, that seeing as the helicoper is flown remotely by an operator sat at a monitor consol in the Control Room, it technically makes the Alouette helicopter a "Drone" aircraft! I realise that there is a pilot in the helicopter, that of No.6, but he has no control over actually flying the machine.
This "Drone" technology is also implimented when No.6 attempts to escape by jet boat in 'Free For All,' and again at the end of 'Checkmate' when M.S. Polotska is brought to the Village.