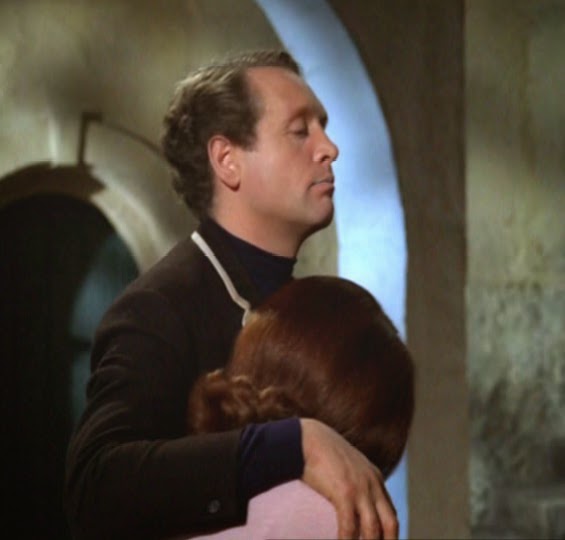 As soon as I heard that Catherine McGoohan was to attend the Prisoner convention this year I knew I had to ask a question via an old friend of mine, one that has been puzzling for quite a long time. It was Tony Sloman who was film librarian on 'the Prisoner' who said that it was Catherine McGoohan who stood in for Nadia Gray during that romantic scene on the evening of 'The Chimes of Big Ben.' I thought it strange as Catherine would only be fourteen years of age, and why use one of McGoohan's daughters for McGoohan to put his arm around?
Anyway the question was asked of Catherine McGoohan and she confirmed that it is not her in that scene. Thus a long held myth has been dispelled, Tony Sloman was wrong!
This brings me back to the woman in the light blue Jersey and dark blue slacks in the following picture, walking ahead of the parade during the 'Dance of the Dead' episode. 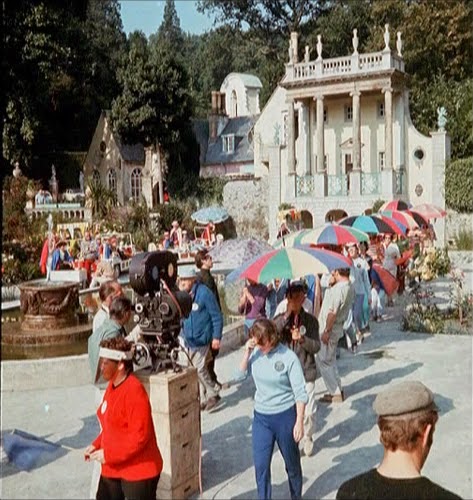 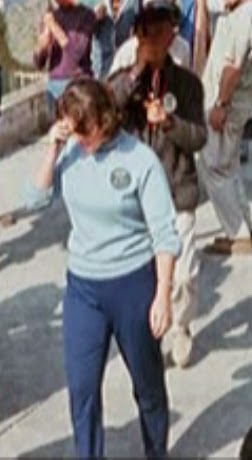