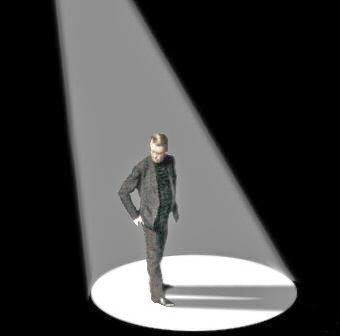 No.6 Is All At Sea! It appears that the doctor in ‘Checkmate’ was not too far off with her Psychiatric report on No.6, showing a positive sign of abnormality, a total disregard for his personal safety, and a negative reaction to pain, that would take superhuman will power, not too sure about the abnormality bit though.. But  No.6 was a secret agent, and he did demonstrate both a negative reaction to pain and a fearlessness during ‘Hammer Into Anvil.’ This when No.2 pressed the tip of his sword against No.6's forehead. As for a total disregard to personal safety, well No.6 first demonstrated this when on the day of his arrival he attempted to escape when attacking the two men in the Village taxi down on the beach. He even openly attacked the white membranic mass of the Village Guardian, not knowing exactly what he was facing!

During ‘The Chimes of Big Ben’ No.6 and Nadia-No.8 set sail in the most rickety of boats. Made from a wooden hull and a flat bottom, complete with holes. A tarpaulin wrapped round it and secured with ropes, while the mast and spar looked to be the rickety of all the craft as they set sail for the Polish coast, 30 miles away. 30 miles, the craft didn't look as though it would sail 30 yards before it capsized and sank!
But even this was not enough for No.6, as when finding the village deserted in ‘Many Happy Returns,’ and having built his sea going raft, No.6 quickly set sail. And for me this was No.6 most dangerous enterprise yet, because not only did he not know where he was sailing from, he couldn't possibly know where he was sailing to! The wind, tides and currents could have carried his raft anywhere, especially in the four hours he slept each day. This latest enterprise saw No.6's powers of endurance taken to the limit, collapsing from sheer exhaustion after some 25 days at sea. But at least when having navigated the Meteor jet aircraft to the actual location of the Village, meant that at least next time No.6 would know both the Latitude and Longitude of the village!
That chance came during the attempted escape in ‘Checkmate.’ No.6 set the Rook-No.53 adrift aboard on nothing more than two flimsy lilos roped together, very un-seaworthy. This so that No.53 could send a distress signal just off shore so as to bring M.S. Polotska inshore to find the survivors of the downed aircraft "Trans Atlantic Flight D for Delta 250." Mind you it took a man to complete the task, as No.6 found the abandoned lilos on the sea shore. So he himself set off the continue transmitting the distress signal, and when boarding M.S. Polotska No.6 wasted no time in speaking to her skipper, only to find that the ship belonged to the village! Yet there was still plenty of fight left in No.6, and he surely wasn't going to give up so easily. But he sure took the chance of smashing the television screen, through which he and No.2 had been discussing a slight misunderstanding, between the Rook and No.6, who smashed the television screen with a glass ashtray. I should have thought the explosion would have been much louder and bigger, showering splinters of glass everywhere as the tube inside the television screen exploded. No. 6 could have been badly maimed, even blinded! But the television must have only been some kind of TV monitor, as there was no tube inside the television.
On a final note, when No.6 was transmitting his mayday call, he hid the co-ordinates by crinkling greaseproof paper in his hand, to imitate static over the radio transmission. This was quite unnecessary, as he knew the co-ordinates and could have given both the Longitude and latitude he had discovered by navigation of the meteor jet to the location of the village in ‘Many Happy Returns.’ Anyway I could tell it was No.6's voice, so why not the Supervisor?