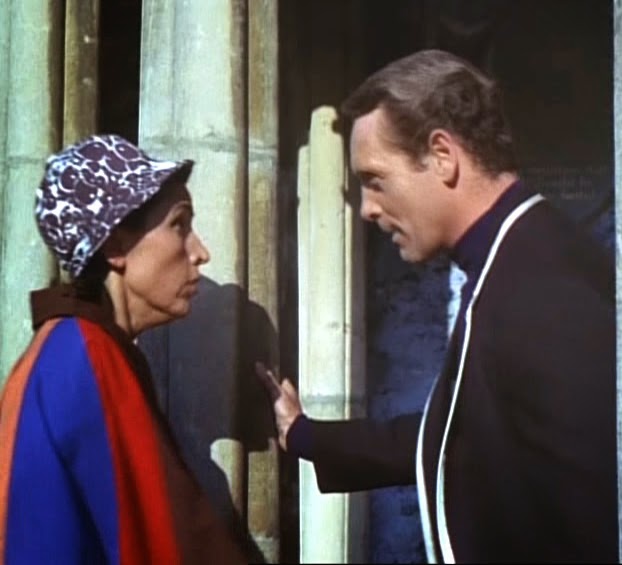 "You're following me! You're not The Village Creeper are you?"
"What makes you ask that? After all you might be the Creeper for all I know!" 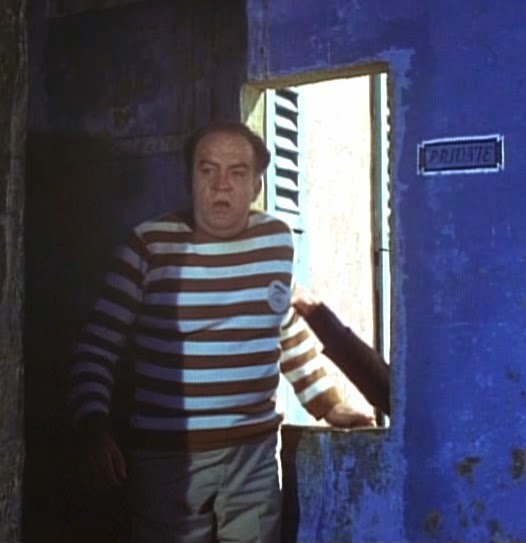 On one occasion Number 53 was running from the Creeper, in fact was caught by The Village Creeper as he hid at the base of the Bell Tower! Observe the terrified look upon 53's face, and note the sleeve of the Creeper. This led the investigation towards Number 6 being the Creeper. 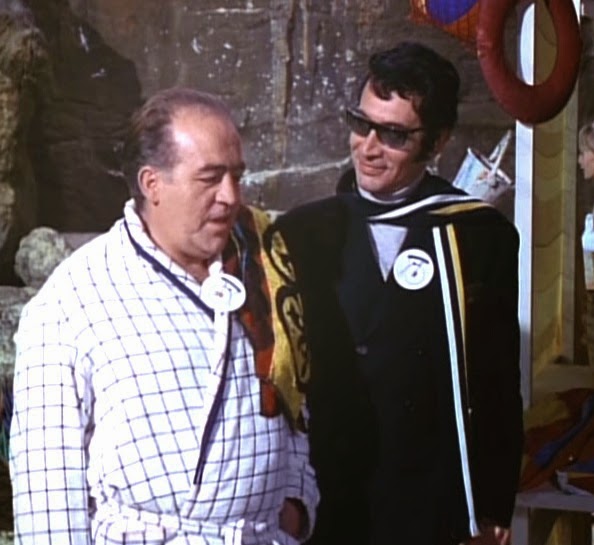 Number 2 himself also came under suspicion of being The Village Creeper. Pictured here lurking on the beach for unsuspecting victims, wearing dark glasses so that he would not be recognised. 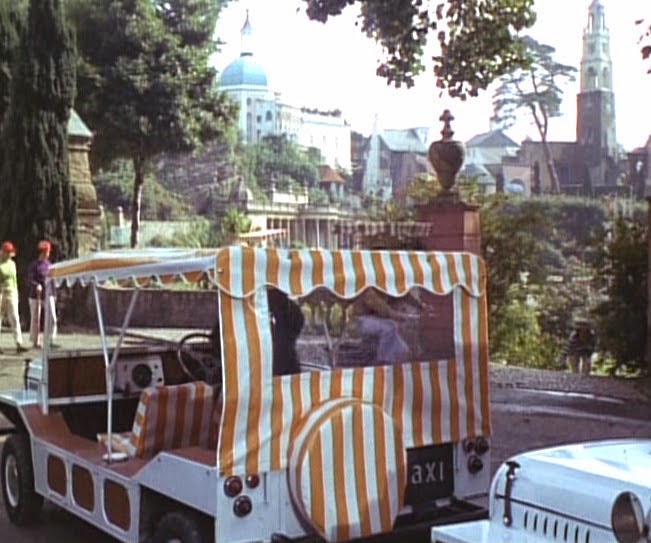 However as it turned out, Number 8 is The Village Creeper! Seen here in a picture taken during routine surveillance, trying to sneak up on the unsuspecting Number 6. Who luckily had the foresight to get in a taxi and drive away, but as it happened with the Creeper in hot pursuit! Thankfully the Creeper was eventually caught, and Number 8 was never seen again!