A favourite Scene in ‘THEPRIS6NER 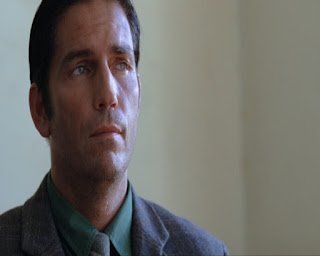 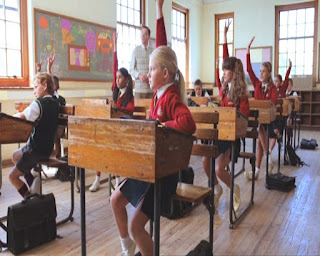 When in ‘Anvil,’ Six is working undercover as a school teacher whose subject is surveillance techniques. But for the moment Six attends a history class held by 19-55. We learn which Number 2 over saw the reformation of The Village, it was 2 the 14th. And who was the first woman Number 2. It wasn’t Lady Number 2 the Great as suggested by one pupil. It was of course, as we all know, Rachel Herbert! But it takes Six to ask the oldest question in Village history, who is Number 1? To which 1,100 gives to following answer. “There is no Number One, and there never has been and there never will be. The concept of the number Two is an act of humility. The title reminds us all that we are all pubic servants, even Number Two. No-one is Number One.” 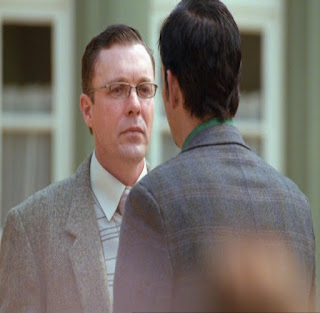 I know that chap, don't I? I saw the similarity at once of course. The guy in the spectacles is 19-55, a school teacher talking to Six during THEPRIS6NER episode ‘Anvil,’ played by Warrick Grier, who bears a strong resemblance to John Kieron, a character adopted by John Drake in the ‘Danger Man’ episode ‘Don't Nail Him Yet.’ Drake adopted the persona of John Kieron, a school teacher, so that he could get close to the man Rawson, a Civil Servant suspected of being a traitor, about to hand over Naval secrets to Russian agents who run a Book Shop.
And then there is Robert Fuller, who John Drake impersonates in the ‘Danger Man’ episode ‘Colony Three,’ while going behind the Iron Curtain to serve in a 'school for spies.' It is Drake who takes on the personas of both John Kieron and Robert Fuller, but it's Patrick McGoohan who plays the role of John Drake. 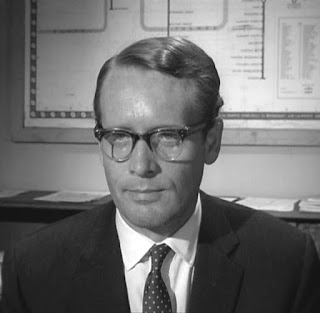 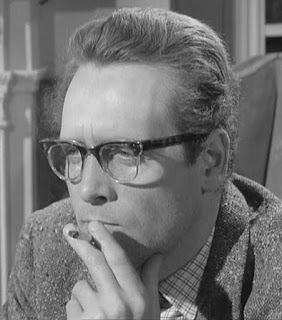 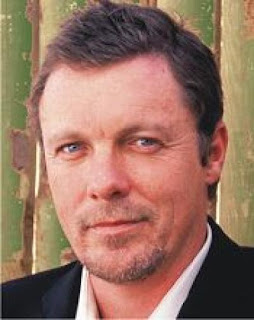 Now I am not suggesting that actor Warrick Grier, pictured above, is in anyway a look-a-like for the late Patrick McGoohan as he was in ‘Danger Man’ and ‘The Prisoner.’ Yet there is a small similarity between the two men, and because of that I wondered whether it was either deliberate or by accident that they made Warrwick Grier up to look like Patrick McGoohan’s two characters Robert Fuller and John Kieron. Such is 19-55’s striking resemblance to John Drake!