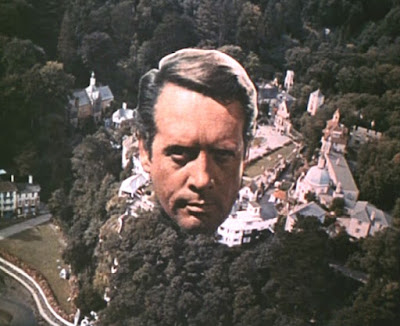 The Village is his Village, because everything either revolves around him, or he becomes involved in some way, either by fair means or foul. But he is responsible for most things that happen in The Village, or is he? He’s either the power behind the throne, or simply the figurehead of The Village, put there by people and powers unknown. There has to be a Number 1, the boss, well at least within the confines of The Village.  The real power behind The Village might not reside within its community at all, it may be well beyond its limits. Thereby operating in the outside World, is able to second people from any intelligence department, or security agency of many lands. Indeed to recruit people from any county of any continent. Such is The Village an International community, cosmopolitan, yet small enough so that you might even meet people you know!

Be seeing you
Posted by David Stimpson at 15:20