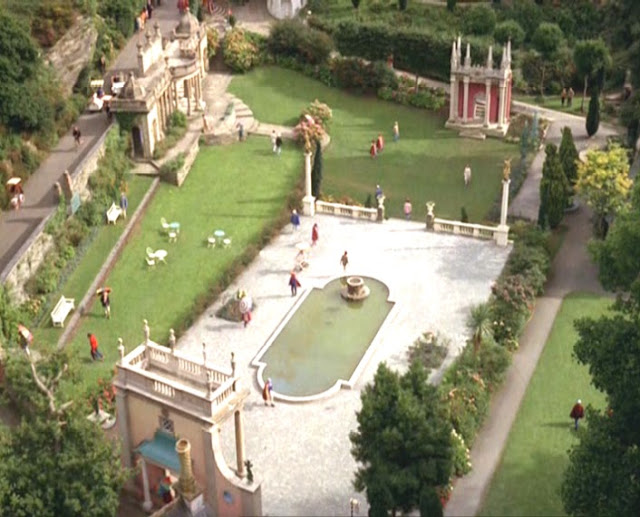 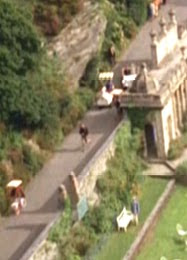 Previously two instances have been observed in the early stages of ‘The Chimes of Big Ben’ when Number 6 appears to be in two places at the same time. First he’s seen standing on the balcony of the Green Dome, when Number 6 is still in bed, and on the second occasion Number 6 is seen standing on top of the stone Bandstand just before he leaves the Green Dome. However there is a third occasion, when in an aerial view of the central area of The Village Number 6 can be seen running along the road, moments before Number 6 is seen returning to his cottage!
Is this a case of a 6 impersonator in The Village? Or is it Curtis at large as he begins to live his role as Number 6? Or perhaps Number 1 is enjoying the freedom of The Village while Number 6 is otherwise engaged?!