A portrait of Janet Portland, commisioned by her father Sir Charles. 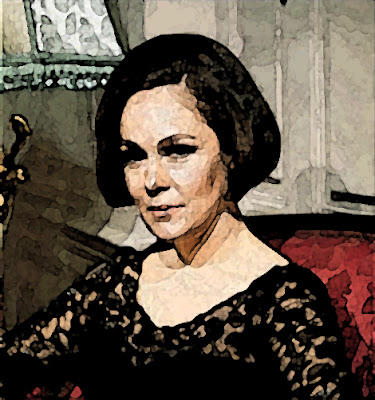 Well I've done my best, but Janet proved to be a difficult subject. She is not a girl of the sixties, well lets face it, it's been a long time since Janet Portland was a girl! I don't know what the Prisoner saw in her. I found it extremely difficult to find the Janet inside!         Be seeing you.
Posted by David Stimpson at 08:47