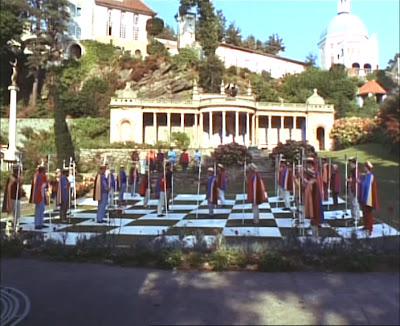 Why do they use people? Well according to the psychologists, it satisfies the desire for power. Apparently it's the only oppportunity one gets in the Village. But I suppose that would depend on which side you're on. And the reason why both sides look alike? How can a player distinguish between the blacks and the whites? Well its simple psychology, the same way it is in life. You judge by attitudes. You soon find out who's for or against you. Well that's all fine and dandy for life in the Village. But life on the chessbaord is far simpler. Both sides may look alike, but you can easily distinguish between the black and the whites. To see who is on you're side, they're the pieces with their backs to you, with your opponant facing you! 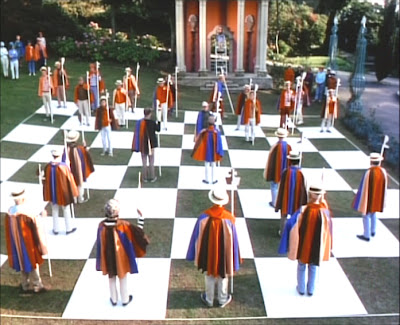 But even on the chessboard there is opportunity for even a Pawn to gain, if not power, then to show his or her rebellious nature, by changing sides! How would a chesspiece do this? Well seeing as how both sides look alike, all a chesspiece would have to do, would be to simply turn round on his or her square at a propitious moment in the game. Just as those two pieces in the top left had picture on the left are about to do.
{Alright, they are castleing, a legal move in the game} 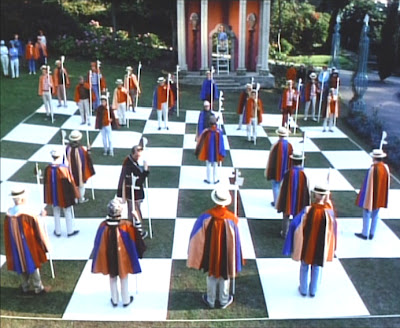