Escape To The Totally New Renault 21

Well the car was new back in 1989 when the television commercial was being filmed at Portmeirion. You may recall a previous blog on the subject, along with a link to the video of the commercial on YouTube. Well I spent a day in July with the film crew, as they filmed their commercial at Portmeirion, being there on holiday at the time. Here are a handful of the photographs I took at the time. 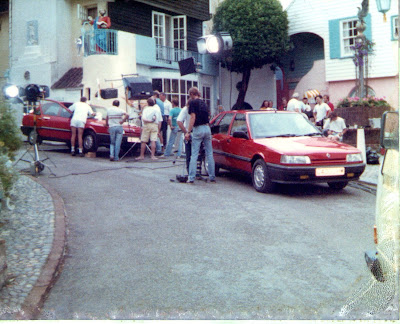 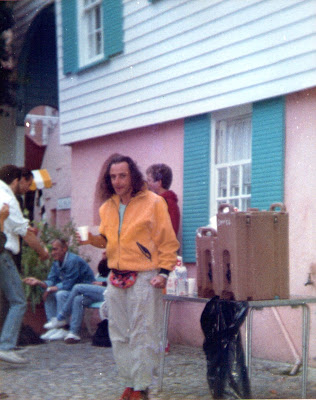 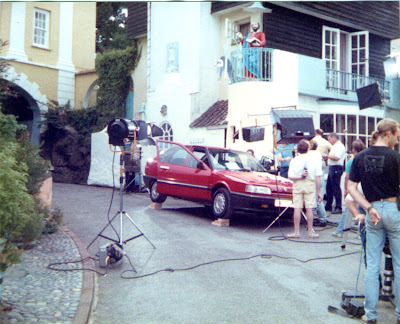 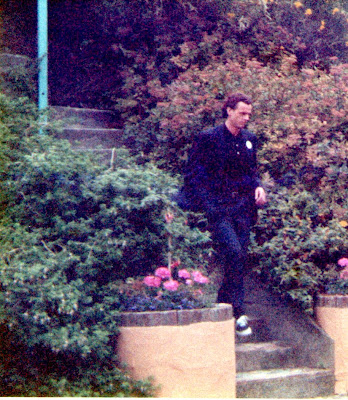 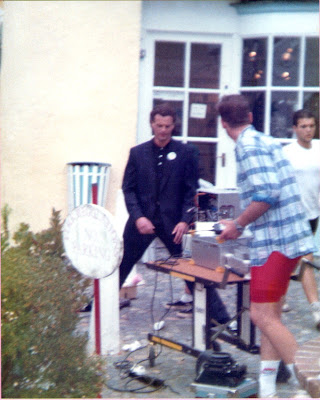 Actor Neil Duncan who himself was a fan of the Prisoner at the time, a relation had bought him the series on Channel 5 video. Neil would go on to appear in the Sherlock Holmes series on ITV in The Hound of The Baskervilles as Dr. Mortimer.

At the time, I had never realized just how dull and boring much of film work can be, and all those members of the production crew who stood about doing nothing for hours at a time, or at least that is the impression they gave. But at least I got to meet and talk to Neil Duncan. I also enjoyed a conversation with the director, who allowed me to roam about and take photographs as I saw fit.