Last night my wife and I watched the final episode of THEPRIS6NER 'Checkmate.' It was our eigth screening of the series, enjoyable as ever, and over just as quickly, what's more there are certain aspects of the episode that gave pause for fresh thought.. 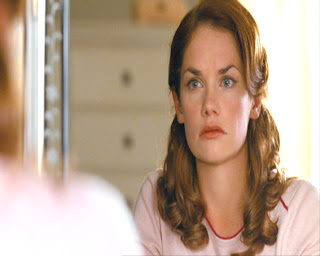 The viewer could be forgiven for thinking that the above is the future face of the Village, as the events in the episode do give the impression that that is the case, because it is 313 in the Village who takes the sedative and hallucinogentic drugs in order to make her sleep and dream the Village. However313 was never physically in the Village. Like others of her kind, 313 was mentally brought to the Village {a broken person mentally} to be made better. 313 as a child was abused, forced to stand for long periods of time with a cardboard box on her head.
Yes it was M2 in the Village that Two gave the pills to, but it was Helen/M2 in New York was actually dreaming the Village. We do not see this, but it must have been Curtis who was giving Helen the pills in New York that kept his wife dreaming the Village, and this was mirrored in the Village as Two gives M2 the pills. So it must surely follow that Michael gave Sarah the pills in the church in New York. Sarah as in 313's other half, making Sarah {pictured below} the actual dreamer of the Village. I dread to think what kind of Village would be dreamt in the mind of Sarah! 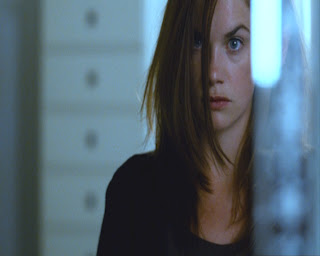 The new Two, the former Six, wondered if there was a way to build a better Village, a moral Village. Well I don't fancy his chances, not with the material he's got to work with. I for one would not wish to wake up in a Village created in the mind of Sarah! Nor can I see Sarah becoming a doctor in adult life as 313 is in the Village. Sarah is far too mentally unstable for that. I get the impression that M2 made 313 a doctor in the Village. 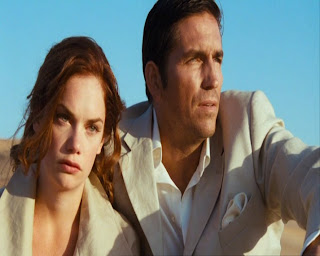 The final scene, two people in the desert. The one dreaming of creating a better, moral Village. While the other sheds a tear. For whom does she weep? Herself because of the predicament she finds herself in? Well 313 has only herself to blame, it was either become a dreamer of the Village, or go back to being Sarah. Perhaps it is for the new Two she weeps, because she knows that he has a dream to make a better Village, yet knows that is impossible because of Sarah. Or does 313 weep for all those people who Michael will send to the Village, broken people to be made better in the Village, who will themselves suffer further in an impure Village created in Sarah's mind?
In the mean time I dream of........................ 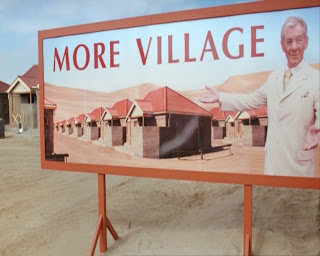