Who's That On The Telepnono! 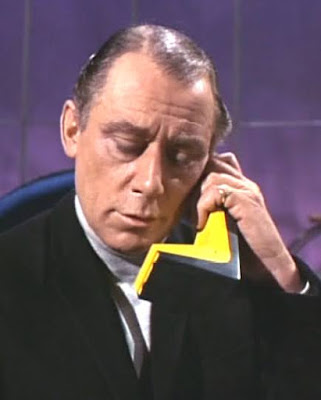 Who is your confidante No.2? Who was that on the telephono, and did you call him or her later? As far as I can see you don’t have a friend in the village, you’ve managed to alienate almost everyone, and now you’re about to, not only alienate No28, but remove him from his position as supervisor! So who were you talking to? Someone you felt you could trust, so much so that you felt you were able to tell that person all your troubles. Someone with a sympathetic ear obviously, but whom…………not the wife, they didn’t let you bring the wife to the village with you. Who else would you be telephoning, who else would have such a sympathetic ear? The trouble with that is I cannot imagine a man like you being married; if you were you’d probably alienate her as well. And I don’t expect it was No.14 as you’re not treating him with kid gloves! What I will say is this; life in the village has not been kind to you…..well not since you began to mix it with No.6! Never mind you’re busy, call me later!