Who’s that On The Telephono? 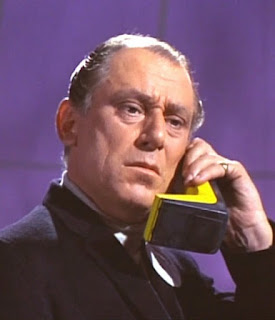 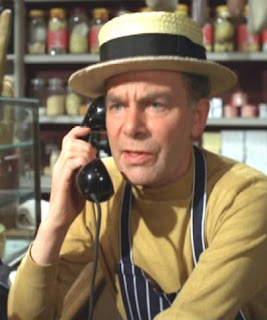 “No.”
“Well I’m not surprised sir, she doesn’t get about much. Anyway I had to make a special delivery to Number 32, 6 buns, butter, a cauliflower, and half a dozen eggs.”
“Is this going to take all day?”
“No sir, anyway on my way back I walked passed Number 6’s cottage, and I noticed he was feeding the pigeons. Well one pigeon in particular, he fed it a ham sandwich. He had it in the box I sold to him with the Cuckoo clock in it!”
“Are you trying to be funny?”
“No sir.”
“Well get off the line, I’m watching Number 6 on the screen now, he’s crossing the road......he’s walking up the steps to the Green Dome....he’s carrying a Cuckoo clock, what’s he doing with that Cuckoo clock?”
“I really couldn’t say sir.”
“Oh I’m not talking to you...get off the line!”
“He must be in one of his moods again!”