Who’s That On the Telephono? 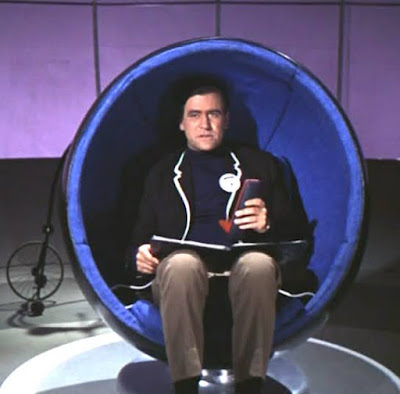 “Report on Number 6, normal classification on arrival subject showed shock symptoms, followed by accepted behaviour pattern. Since then has been un-cooperative and distinctly aggressive. Attempted to escape, subject proving exceptionally difficult, but in view of his importance no extreme measured to be used yet.” 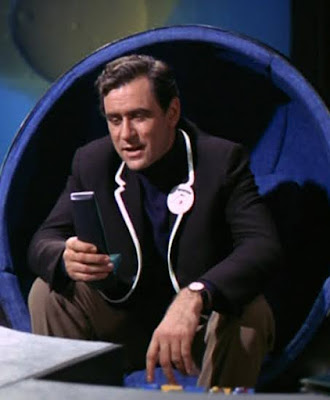 “He has not volunteered any information so far but appears to be settling down. He even attended the regular bass band concert today”

Is that a Dictaphone your holding? I only ask because you don’t hold the telephone or intercom to your ear like everyone else, which is an indication you’re not having a conversation with anyone. So I deduce you are recording your reports, or dictating them to a girl in the typing pool! The red telephone you’re using is the hot-line to No.1, if it was No.1 you were reporting to I don’t think you’d be talking to him like that, telling him “In view of his importance no extreme measured to be used yet,” because No.1 would already know that.
You are very casual in how you use the telephones, is that how you were told to use them? And yet you haven’t been in the job five minutes, and once you’ve taught No.6 that escape isn’t possible you’ll be gone as quickly as your predecessor! Your successor will be better at making his reports, giving them a heading and using a new digital recording device!