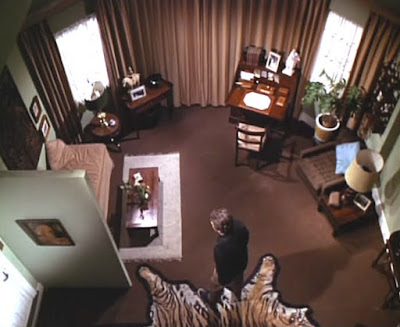 What was it No.2 once said? “He’ll eventually go back to his room, it’s the only place he can ever go.” And here you are, looking at it you could almost be back in the village! But when you knocked on the door who did you expect would be there to open it? I suppose you could have broken in, but that’s all you needed, to be arrested as a burglar! Mind you, you acted, and looked like an escaped prisoner back at the roadblock, and when you heard the police siren you leapt out of the back of that van quick enough, when you could so easily have leapt to your death! And now you’re having difficulty in trusting your senses, you’re looking out of the window, but there’s no sign of the Italianate village, what’s more the telephone has a dialling tone. But you should realize your whereabouts and the reality of the situation in having walked halfway across , well at least between and ! In you could have taken on the look of a down and out, a vagrant without two pennies to rub together! And then to have been faced with Martha who looked down her nose at this vagrant who had the audacity to come begging at her mistress’s door! Then Mrs. Butterworth had the cheek to lend you the use of your own car! But when  it came to getting about, you could have taken those dollar bills out of the wall safe hidden behind the television set and exchanged them at the Bureau de Change, or the Bank, or had you forgotten about the safe? But just as though you had not been convinced by now, behind the writing bureau there was an area of dry rot which was made good about 12 months ago, the bathroom door is sliding, it opens to the left, the sink is on the right as you go in, and the hot and cold taps on the shower were put on the wrong way round. 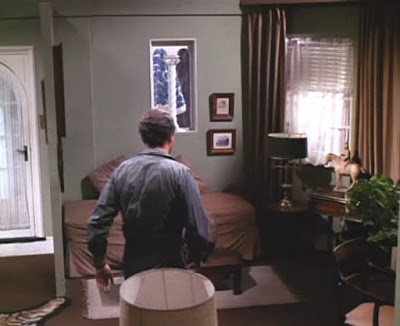 But never mind, you’re home now, and it’s almost as though you’d never been away, as No.2 once said “He’ll eventually go back to his room, it’s the only place he can ever go.” Oh yes, and the taps on the shower have been put on the other way round, otherwise they wouldn’t be right, would they!