Last night my wife Morag and I sat watching ‘Living In Harmony,’ when the episode reached the scene where the Prisoner was behind bars in the jailhouse, I could not believe what I was seeing. So much so I had to run the film back and watch the scene again! 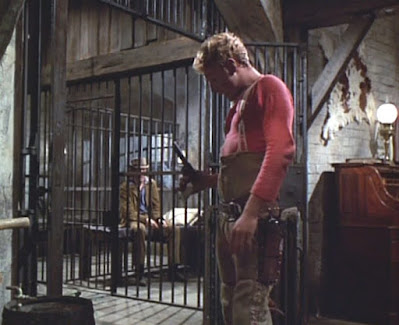 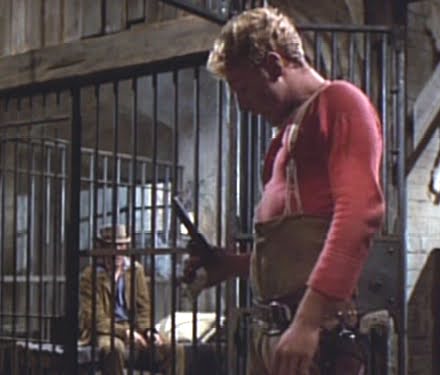 Ignoring the Kid’s extraordinary behaviour, and concentrating on the Prisoner sitting on his bunk rolling a cigarette. Then taking a match he strikes it on the steel frame of the cage and lights his cigarette. You can see the smoke from said cigarette in the top picture, and the enlarged section. But something isn’t quite right with this scene, because the Prisoner lights that cigarette twice! After striking the match the Prisoner doesn’t light his cigarette because in close-up he has only just finished rolling it, and yet in long-shot there is suddenly smoke in the air! Then as the Kid continues his extraordinary behaviour the Prisoner strikes the match and lights his cigarette…a second time, as in the next picture. 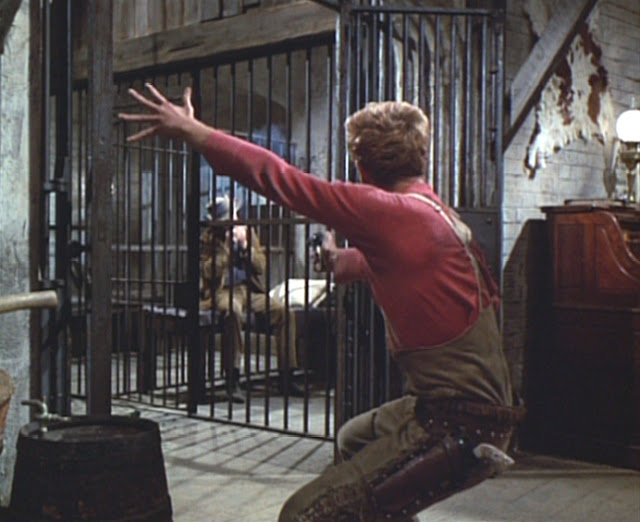 In all the times I have watched ‘Living In Harmony’ over the years this is the first time I have seen the Prisoner light his cigarette twice, probably because my attention has always centred on the Kid’s antics. However it does go to show that no matter how many times one watches ‘the Prisoner’ there is always that little something you haven’t seen before!