Watching The Prisoner - Living In Harmony 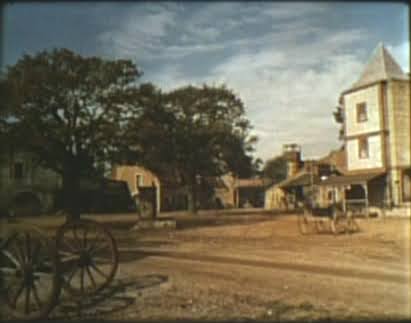 It has been 5 weeks since ‘Do Not Forsake Me Oh My Darling,’ and during that time No.6 was returned to London as though on the day he was due to hand in his letter of resignation, which he had written the night before, according to the original script. He travelled across Europe to Austria and the town of Kandersfeld, before being returned to the village, and while he was away the day to day life in the village went on as normal. Now “they” have taken No.6 back a little further, as far back as the American 1800’s and the frontier town of Harmony.
‘Living In Harmony’ is the fourth “out of Village” experience for our friend No.6, and we do seem to be dealing with the fourth dimension, as No.6 once said “Don’t tell me that time travel is in it as well!”
Fancy living in Harmony stranger, after all it’s a good town. No.6 has never been one to live in harmony in the village, and in that regard there is the connection to ‘A Change of Mind’ disharmony was frowned upon!
I have admitted this before, that although I am a huge fan of the American Western film, as well as Spaghetti Westerns, ‘Living In Harmony’ has always been my least favourite episode. However having said that, since my research into the posters and framed pictures and portraits seen on the walls in both the Silver Dollar Saloon and the Sheriff’s office, I can now appreciate this episode better. 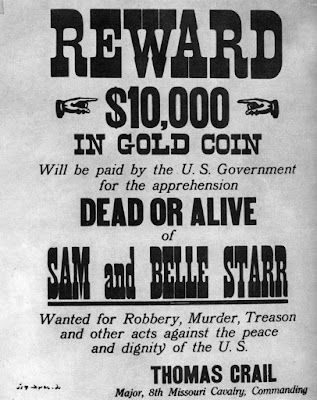 Just like the village there is no leaving Harmony, but at least there is a road out of town but that’s guarded by the Judge’s boys. And horse flesh in Harmony is expensive, the cheapest horse being $5,000 all the rest are expensive!
Cathy has my sympathy having that foul Kid forcing his attentions on her, I enjoy the moment when the Kid’s trying to kiss Cathy and she bites his bottom lip! I think the Kid has been deprived of love all his life, so it’s no wonder he has a fixation about Cathy. But one can only imagine what Number 22 must have felt as Cathy was strangled to death by the Kid. Then later actually strangled to death by No.8, or was she? After all she was conscious enough to tell Number 6 she wished it had been real, perhaps she just fainted after that!
As for the Kid what turned him into a dumb psychotic gunslinger who can say. Certainly the idea was that the Kid wears the clothes of the men he has killed. Perhaps his parents were attacked by Indians when he was a child, the shock of seeing his father murdered, possibly tortured and his mother raped was just too much for him and the trauma of the ordeal struck him dumb! Well that’s my pet theory for what its worth. However there’s always one way out and No.8 took it, suicide! He threw himself off the balcony in the Silver Dollar Saloon, and he wasn’t the first to throw himself off anything. Cobb was to have thrown himself out of a hospital window, No.73 did throw herself out of a hospital window, and we must not forget another No.8, who under interrogation was asked if she was attempting suicide when Nadia was trying to swim away from the village!
What was No.2’s mantra “Put him in a dangerous environment, give him love, take it away, isolate him, make him kill, then face him with death. He’ll crack, break him even in his mind, and the rest will be easy.” But it wasn’t easy, and what’s more it didn’t work, and for that No. 2 is responsible, he would have to pay for this failure. The buck stops with him as they say!
Why watch this episode on November 12th? For no special reason, unlike several episodes in the Prisoner series it’s impossible to date this episode so it automatically slipped down the screening order. ‘Living In Harmony’ could have fitted in between other episodes earlier in the screening, and perhaps should have done if only for the foliage, the leaves on the trees and bushes which do rightly suggest an earlier time in the year. But it is where it is and now we move on to December 1st when a familiar face is brought back to the village…….

Be seeing you partner