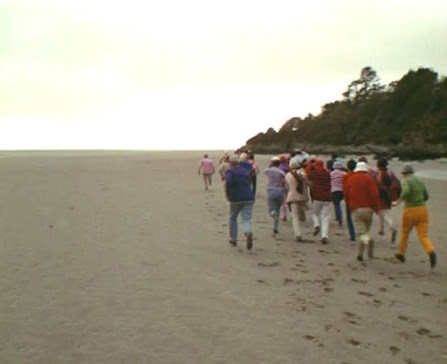 The village local council are fond of finding ways for the citizens to amuse themselves, to keep both body and mind occupied. With such events as the exhibitions of arts and crafts, art seminars, educational programmes, painting competitions, the village festival, elections, human chess matches, the clock golf. Such amenities such as the café, Cat and Mouse night club, the recreation hall, concert hall, and the library, and swimming pool have all been created for the enjoyment of the citizen. Here we see a number of citizens taking part in the annual cross country run.

A new recent event is the cross country run which begins in the cobbled square, the course twists and turns through the village, passed the Town Hall, down the hill towards the Old People’s Home, then turns left, then right down the slipway and onto the beach. The competitors continue along the beach towards the outer zone, passed the cemetery, and at the point of the lighthouse the competitors run up over the rocks and along the cliff path until the course runs through the woods and back into the village finally finishing back in the cobbled square. 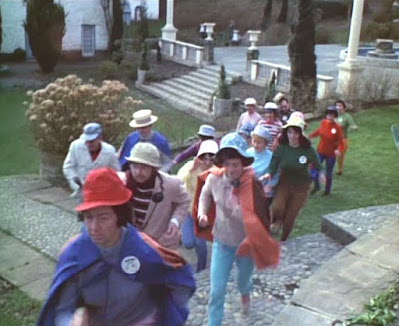 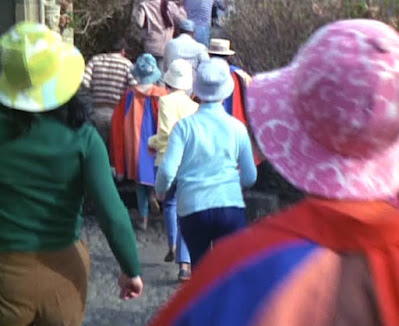 Although the cross country run is a competitive event, there is room for fair play amongst the competitors, for as No.92 stumbles and falls on the cobbles No.246 finds a moment in himself to help 92 to his feet. 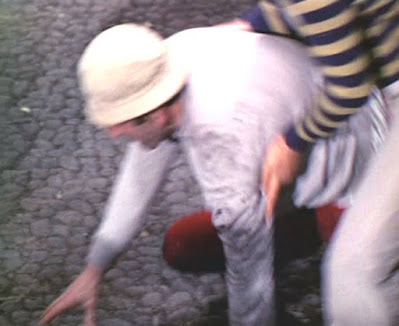 The winner of the cross country run is presented with a trophy by No.2 herself, a silver cup upon which his or her number is engraved.

This year’s cross country run was won by No.115 in a new record time of thirty-eight minutes and thirteen second. However it would appear that No.6 has failed to complete the course. It seems highly likely that in having taken part in the event No.6 took the opportunity to simply… run away!