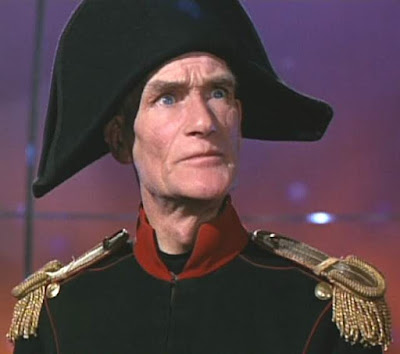 Number 2 said of Number 6 that if he insists on living a dream he may be taken for mad. Is Number 6 mad? Well not according to their records, as the psychiatrist in ‘Hammer Into Anvil’ attests to.
The doctor-Number 40 is one of those who look after the patients, as The Village could be described as a madhouse, but what about the doctor himself? A form of insanity far more common in fiction than reality, is the delusion that one is a famous person, or at the very least the modern reincarnation of same. Napoleon Bonaparte is the most commonly used person for this, possibly because the unusual hat and hand-in-jacket pose are a strong visual that immediately identifies the delusion for the audience. 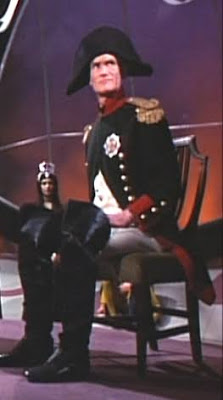 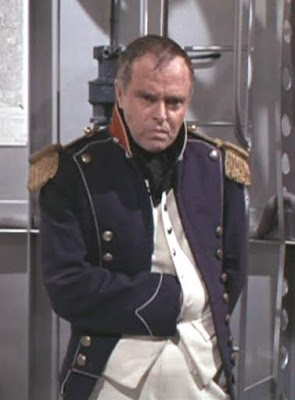 Is the doctor-Number 40 mad, because it’s strange that he should choose this costume for himself. But then again according to Number 54 other people choose other citizens costumes. So I wonder who chose this costume of Napoleon Bonaparte for the doctor. Whoever it was, and it might have been Number 2, perhaps they saw a manner in his character which saw him as mad. He’s certainly fanatical.
There is another situation in which Number 2 sees himself as Napoleon Bonaparte, although originally he was to have been a mad German scientist.     Fanatical yes, mad yes, because who else would build a rocket inside a lighthouse? Mister X said he’s crazy, and I bet it was Number 2’s mad idea of trying to get Number 6 to open up to children.