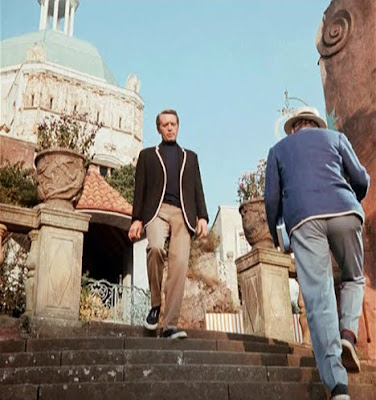 “Tonight at Moonset,” when exactly is that, at what time does Moonset occur? The setting of the Moon occurs at the time when the Moon disappears below the horizon. A new moon set is when there's a new Moon in the sky, but it's not visible at all. When in this phase the moon rises along with the Sun at dawn, by it is directly overhead and then it sets at Sunset but all you'll see is the regular Sunset, there will be no Moon in sight. The moon rises and sets every day, like the Sun. But the Sun always rises in the morning and sets in the evening; the Moon does it at a different times every day. At new Moon, the Moon lies in the same direction as the Sun. 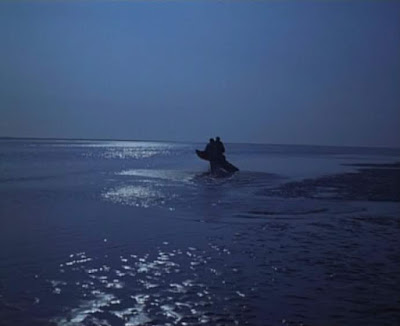 “Tonight at Moonset” is a very precise time for No.6 to have his confederates gather at the Stone Boat. And for No.6 to know when Moonset is he must have been studying the phases of the Moon for him to know when the Moon disappears below the horizon. Except at the time No.6 and the Rook run the pair of lilos across the beach there is Moonlight shimmering on the water, indicating that the Moon is still high in the sky, and far from dropping below the horizon!
There is another consideration to take into account, the housemaids who go to each cottage and make the occupant’s their nightcap of hot chocolate in order to help them sleep. If Moonset is early in the evening, then we have to take the housemaids into account, when they go to the cottages before curfew, which is at 8o’clock, in order to make the residents their nightcap of hot chocolate in order to help them sleep. If Moonset occurs before curfew then the maids would find the residents of certain cottages not at home. If after Curfew, then No.6 and his confederates would have to leave their cottages before curfew or they would be locked in or find a way to get round the electronic locks!
It’s difficult to assess when Moonset actually takes place simply by watching the village at night time through a television screen. Also its no good judging the times of Moonset at Portmeirion, because the village isn’t supposed to be in North Wales, but on the west coast of Portugal in September, when ‘Checkmate’ was filmed. Moonset could be at any time 5 minutes after 5 in the morning or at the same time but in the evening!
However this is getting complicated, and I we are really dealing with fiction after all, and must go by No.6’s studies of the Moon, that Moonset is at night but the timing is still questionable. He gave the message “Tonight at Moonset, Rook to Queen’s Pawn six check,” but had No.6 already briefed his confederates on the time of Moonset, or were they expected to know the time of Moonset anyway?