Tales From The Village

“Good afternoon everyone, good afternoon, I have an announcement to make. Your local council have organized a photographic competition. There will be five categories, landscape, seascape, portraits, the natural world, and finally architecture. The competition is just 4 weeks today, so get snapping!”
“Did you hear that 113b?”
“The announcement about the competition you mean.”
“You know you should enter that.”
“Why?”
“There’s bound to be a prize.”
“I could make Number 2 my subject and do a photographic portrait study of him.”
“Don’t be daft, remember that exhibition of arts and crafts, almost everyone created a piece of art based on Number 2, and who was it won the prize of prizes?”
“Number 6!”
“You want excitement, a touch of the dramatic, and the unusual.”
“Righto!”


Several clicks of the camera later, and No.113b waited to see what would develop!
It was with some eagerness that 113 waited for No.113b to emerge from the dark room.
“So what’s this one, not bad, the café, I like the shadow cast by the tree.”

“What have we here, ah the Stone Boat, fair enough. What happened to the dinghy?”

“No2 refused to have it put back after the time when two citizens tried to escape in it.”
“These pictures are alright, but they’re like these others, the Green Dome, the bandstand, the village green, piazza there are no people in them.”
“Of course not, I had to get up very early in the morning to take these photographs. Mind you there was one person out and about with a camera, you might find this next photograph interesting.”

“What was No.6 doing out and about the village at that hour of the day?”
“Taking pictures of the village, so we decided to take a picture of each other taking a photograph, clever don’t you think. And then for a touch of surrealism……..”

“A photograph of 6 Private.”
“From an unusual perspective.”
“Does No.6 know his cottage has been changed round, I except Number 2 will have something to say about it!”
“And for a touch of the dramatic a seascape.”

“How on earth did you manage to take that photograph?”
“With extreme difficulty let me tell you, I shall enter this photograph in the Seascape category.”
“Well what about this portrait study of Number 6, why did you take that?” 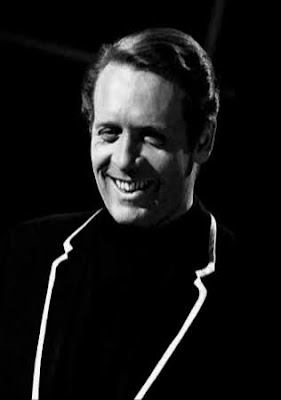 Be seeing you
Posted by David Stimpson at 07:29