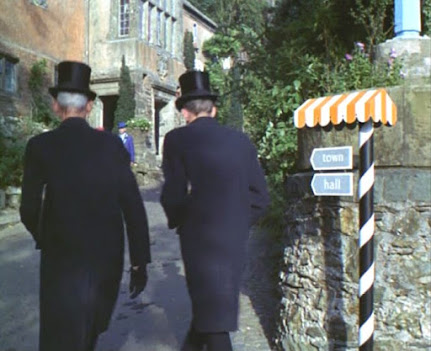 “You know it makes me wonder.”
“Wonder, what about?”
“About where they find all these various interim Number 2’s, I hear there’s a new one arriving later today.”
“Well he had better be better than the last one!”
“Wasn’t up to much, was he?”
“Life here certainly didn’t suit him.”
“Calling for an increase in surveillance was one thing, but seeing conspiracy everywhere was another.”
“He saw everyone as being against him, were you against him?”
“I don’t know of anyone who was, I know he did put a few backs up!”
“I think Number 6 did the village a favour.”
“How do you mean?”
“In the way he carried out acts of jamming against Number 2.”
“And Number 21 didn’t do anything to intervene on Number 2’s behalf.”
“I heard he had, but Number 2 refused the offer of assistance.”
“What about Number 14, he could have done more to help his superior.”
“Yes but Number 2 thought he could manage.”
“Number 2 couldn’t manage a booze-up in a brewery!”
“Number 14 came to a bad end, when’s the funeral?”
“Tomorrow.”
“You know I wouldn’t mind having a go at that Kosho thing.”
“Really? I didn’t think you were the sporty type.”
“I’ve played croquet you know.”
“I had no idea, I myself am quite proficient at Ludo, I was southern Counties champion three years running.”
“You mean Judo don’t you?”
“Do I? Well I always use my own counters, and I shake those dice…….”
“Well we can only trust the next interim has a bit more about him.” 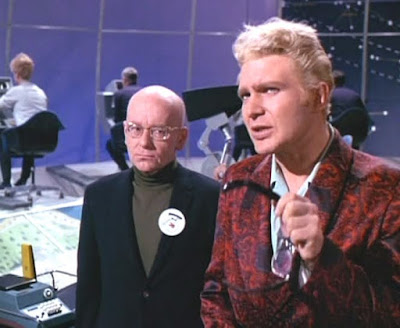