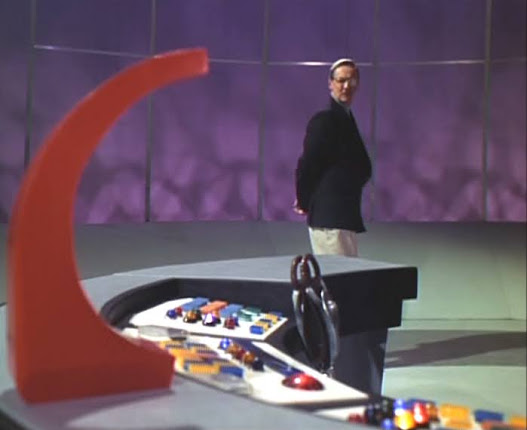 Go on then….answer the telephone, intercom or whatever you like to call it! It’s nice to know that No.1 has been keeping your progress under such close surveillance, because once your failure had become apparent No.1 was on the blower to you a mere 21 seconds later! Oh I realize it wasn’t all your fault old chap, had No.14 told you that No.6 had opened his eyes and saw her even before the experiment had begun…..well you could have dealt with that. But she didn’t, and I bet you had no idea that when the good doctor went to the laboratory that No.6 followed her……you see. I believe by allowing herself to be followed to the laboratory No.14 was undermining you. Perhaps you should not have threatened to have the drug proved on her if she failed to get it right! You bullied and cajoled her, its no wonder she appeared to be pleased when No.6 succeeded. Sometimes I think the doctor used both the third dose of her drug and No.6 to put one over on No.2, to bring about his failure. Go on No.2….don’t keep No.1 waiting!