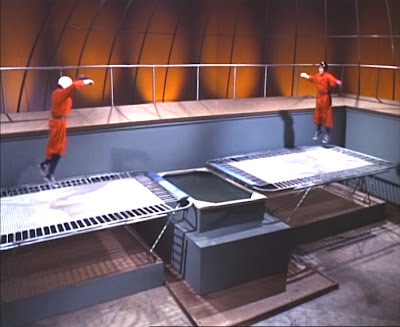 This is Kosho, a village sport, it looks something of the Oriental about it, don't ask me why. Perhaps it's the Japanese sounding music played over the bout of Kosho. It consists of a wall on three sides of two trampolines and a large tank of water. 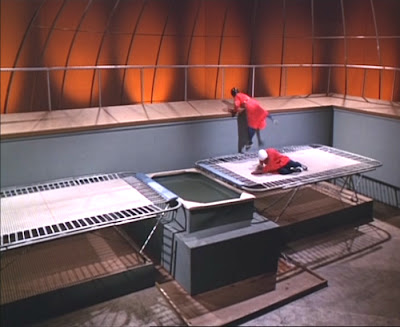 I have aboslutely no idea what the rules are. But it seems that either opponent must be the first to dunk his opponent into the tank of water. The one who does is the victor. You may use either trampoline, and make use of the wall and handrails as you may. The garb worn is a Cossak style of gown. A crash helmet, either black or white, it might be that these denote the hero and the villain, as in the early days of American Wild West films. Boxing mits of two different colours. And Baseball boots 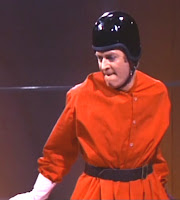 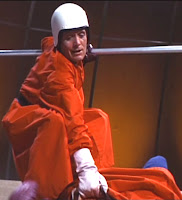 Only the mind of Patrick McGoohan could have come up with this outrageous sport. Well it seemed outrageous at the time. But these days it might be up for contention as an Olympic sport!
Be seeing you.
Posted by David Stimpson at 09:12