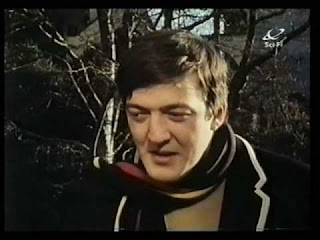 Televison celebrity, comedian, and actor Stephen Fry, with Jazz musician Jools Holland as they starred in The Laughing Prisoner from the late 1980's. Stephen Fry is No.2, and Jools Holland as the Prisoner having resigned, was sacked from the Channel 4 music programme The Tube, for using the four letter word during the programme, and ended up in.........Portmeirion. It was a Tube speical with bands, actors, interwoven with the Prisoner. Well not the actual series, but banter between Fry as No.2, and Holland as No.6, with images of Patrick McGoohan from the series. The Laughing Prisoner was funny and entertaining, and can be seen on youtube. 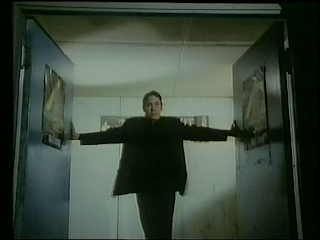