A Plant In The Village!

No.8-Nadia Rakovski was a plant in the village, assigned to No.6 during The Chimes of Big Ben. Then in Hammer Into Anvil No.2 took No.6 to be a plant, sent to the village by their masters to spy on them! Well here is the face of another plant, taken during that episode of Checkmate. 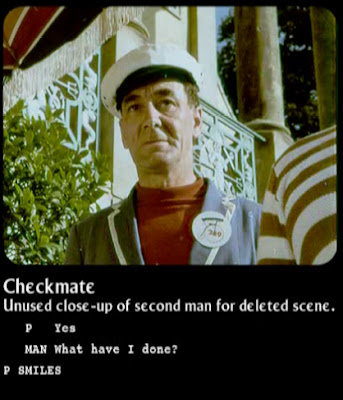 The above picture is of No. 249, who was one of No.6's reliable men. Only he proved not to be reliable at all. Originally 249 was a plant, used by No.2 to find out what No.6 was up to with all these men. No.6 discovered that 249 was not a man he could rely upon, and expunged 249 from the group.
Here is No.2's plant out and about in the village. He looks ordinary enough, in fact he could be anyone, prisoner or warder, and as he passes by no-one gives him a second glance. 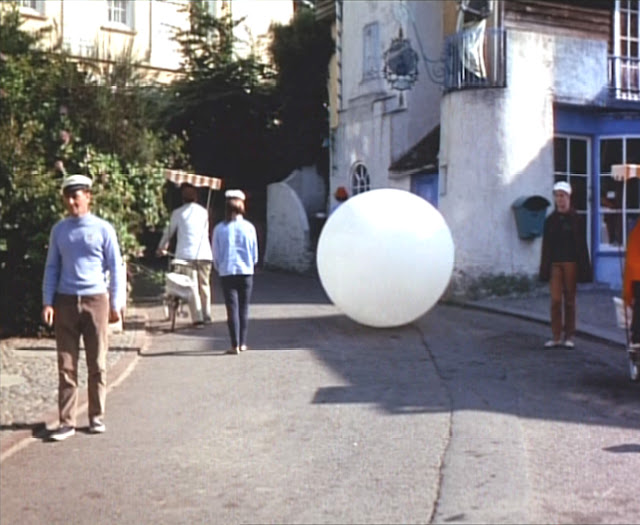 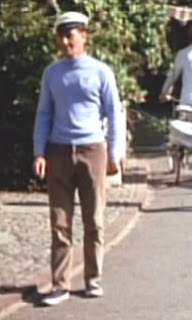 Only in these two final pictures 249 is dressed slightly differently, as that of the first picture. I suppose 249 could be termed as being an 'Undercover,' which are widely used in the 2009 series of THEPRIS6NER. the only difference bewteen this Undercover and the Undercover 909 in THEPRIS6NER, 249 tends to blend in. Where as in THEPRIS6NER 909 stands out as an Undercover, which really goes against the whole point of the matter! If you have watched THEPRISONER episode Anvil you'll know what I mean, if not, then you'll have no idea of what I'm blethering on about!
Be seeing you
Posted by David Stimpson at 08:45