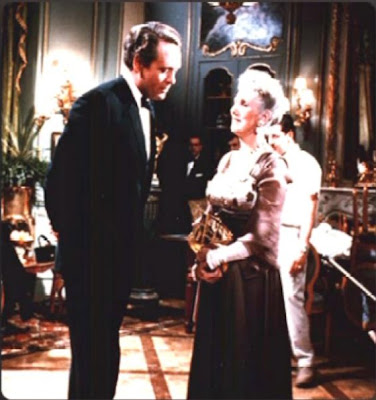 You never know who you are likely to meet at one of Madam Engadines celebrated parties in Paris. Such parties attract the rich and famous. The titled and privilaged. The known and not so known. people of high renown, and those of a more infamous background. You might say Tinker, Tailor, Soldier........Spy!
Take that old woman talking to the Prisoner over there. She has a tale to tell, to anyone who is willing to listen. She claims to be the Grand Duchess Anastasia Nikolaevna Romanova of Russia, who was believed to have been murdered with the rest of the Romanov family by the Bolshevick Secret Police on July 17th 1918. But who apparently escaped, and has lived in exile of her mother Russia
Over the years, there have been several women who have laid claim to be the Grand Duchess Anastasia, all of whom have proved to have been false. Yet there is something about this old woman, the look of her, she has the poise and look of a Grand Duchess, and is certainly the right age. Anastasia would have been 66 in 1967.
Word has it, that Madam Engadine has taken this would be Grand Duchess under her wing, and has used one of her parties to bring two of her favourites together, in the hope that the Prisoner will take up this woman's cause. I know that he can never resist a damsel in distress, nor fail to right a wrong, to see justice for the injustice!  Yes thank you, I would love a glass. Madam's wine is always..........excellent.   Be seeing you
Posted by David Stimpson at 08:35