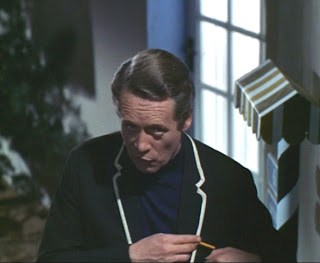 This picture is taken from the episode The Chimes of Big Ben moments prior to No.6 inviting Nadia-No.8 into his cottage for a nightcap. I had often wondered why No.6 is about to place a pencil in the breast pocket of his blazer - had he just been completeing The Tally Ho Crossword, or solving a chess problem in the newspaper off camera? Because to me it seemed out of place somehow, and could think of no other reason for the pencil.  Then back in the early 1990's, the discovery of  what has been termed as The Alternative Chimes of Big Ben was made, and ultimately released on video, something Patrick McGoohan had tried to stop, as he did not want this 'first cut' of The Chimes of Big Ben released to the general public for screening. But seeing as how McGoohan no longer had any control over the Prisoner, his attempt to stop the release of the never before seen 'first cut', proved to be a waste of time. 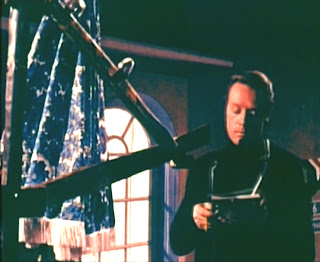 This next image is taken from The Alternative Chimes of Big Ben - No.6 having constructed himself a Triquetrum, an ancient device used for the measurement of stars. A crude device, not one hundred percent accurate, but No.6 was using the device to discover the location of the Village by the stars.
Now at long last I had the explanation for the pencil in the above picture. No.6 had been making a notation of his astronomical observations in a note book, and so it was moments after doing so, that No.6 was about to place the pencil in the breast pocket of his blazer, as in the next image which again is taken from the 'first cut' of The Chimes of Big Ben 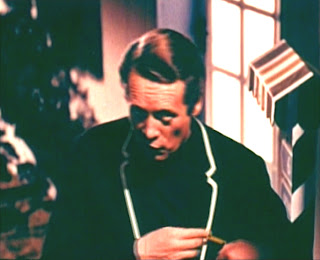 Why the 'first cut' was scrapped, and the episode re-edited together, without the 'triquetrum' scene I have no idea. Nor the reason why Patrick McGoohan didn't want the 'first cut ' of the episode released to the general public. I can only think that McGoohan didn't like it for some reason, and therefore didn't want it seen by anyone.
What was No.6 noting down in that notebook of his? Well you can see the notebook briefly on screen, but for a few seconds only. Below is a copy of those astronomical notations, and a diagram of the Triquetrum itself which was reproduced in the early 1990's. 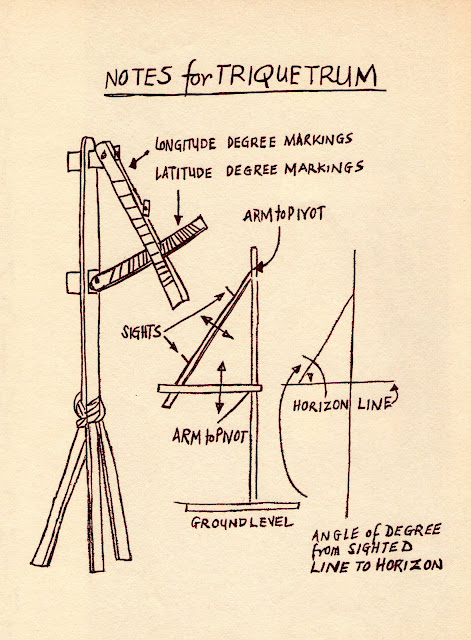 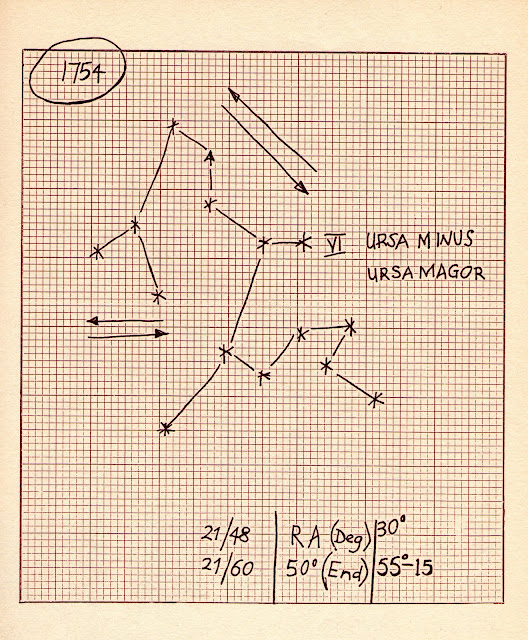