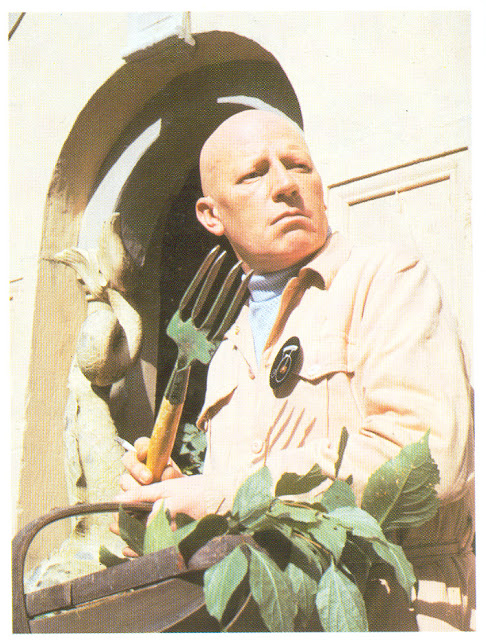 The gardener pictured here with a garden fork is also carrying a Sussex Trug containing the new plants, the origins of which can be traced back to Anglo Saxon times. The slats for the Sussex Trug are constructed from “cricket bat” willow then fitted into a chestnut frame, and fixed into place by using copper clout nails. Inspiration for the Trug’s design was based on the planking used in the construction of boats.

Trugs were first used in agriculture throughout England for the measuring of grain, as well as for the “hand-scattering” of sowing seed in fields. When the Sussex Trug outgrew its use in agriculture it was taken up for use in horticulture, for the collecting of mushrooms, soft fruits and vegetables. And in this case the planting out of new plants.