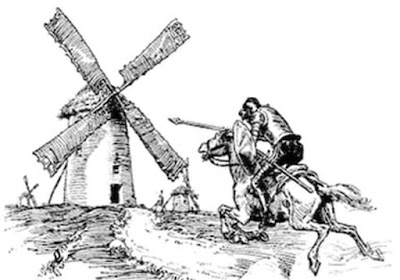 ‘Hammer Into Anvil’ has something in common with ‘Once Upon A Time’ basically it’s a two-hander episode because of the struggle between No.2 and No.6. In ‘Once Upon A Time’ No.2 has the diminutive butler to assist him. While in ‘Hammer’ No.2 has No.14, but No.2 doesn’t trust 14 in the important details, only in the matter of when brute force is required. No.14 wants to know what was in that white envelope, but No.2 sent him away telling him just to obey orders.
So where did they dig this No.2 up? What was he like before he arrived in the village? And how long had he been in the village before the advent of ‘Hammer Into Anvil,’ because by now he has become paranoid, seeing enemies, and conspiracies everywhere.
No.2 is interviewing No.73 at the hospital. Life in the village hadn’t suited No.73, so much so that she had already slashed her wrists in one suicide attempt, so perhaps it would have been wise to have had that hospital window closed and secured. But it wasn’t, and when No.6 comes bursting into the room it gives her the opportunity to hurl herself through the window to her death. No.2 threatens that No.6 will pay for his interference, and probably sees No.6 as a ferocious giant, and thinks that after defeating him he will be able to collect the spoils and the glory as a knight would have done. So it’s lucky he was able to bring his word with him into the village. However, as Don Quixote who saw the windmills as giants, having decided to vanquish 30 or 40 of them, when he charges one of these “giants,” his lance gets caught in a sail. As with No.2, who decides to vanquish No.6, his lance gets caught up in the weak link in the chain of command, a victim of his own paranoia!
Fact, In ‘Checkmate’ tests have proven that No.6 has a negative reaction to pain, but by the time of ‘Hammer Into Anvil’ he seems to have lost that ability {or perhaps scriptwriter Roger Woddis wasn’t made aware of that ability} because when No.2 pokes No.6’s forehead he flinches, he reacts against the pain of the tip of the blade.
“Music makes for a quiet mind,” meaning “Music hath the power to sooth the savage breast,” well not in No.6’s cottage it doesn’t. As the calming music plays on the record player a brutal fight breaks out between No.6 and No.14, as 14 wants to take his revenge on No.6 for “Putting the poison in.” But however good a “thug” No.14 is he’s no match for No.6, who hurls him out of his cottage through the French window. As he goes No14 takes the balcony railings with him, what then? Does he lay injured on the cobbled path below amid the twisted iron framework? Or perhaps he broke his neck on impact with the ground!
No.2, played by Patrick Cargill is the quintessential villain of the kind one likes to boo in a pantomime! And yet at the end he’s a broken man because of a nervous breakdown, and needs to be replaced. But as he sits in his chair making his report to No.1, I cannot help but feel sorry for him. A stronger man would have stood up to No.6 more, wouldn’t have fallen for his jamming antics, would have placed more trust in his assistant. Basically this No.2 was a bully, and basically bullies are cowards who lash out at the small man, and yet even he stopped at striking his diminutive butler.
‘Hammer Into Anvil’ shows the gradual disintegration of an arrogant man, who is reduced to cringing cowardice.
Fact, Victor Madden when attending a Six of One event at the Thatched Barn he was the only person in the room who didn’t know he’d been in the Prisoner!
The village, This is another episode in which the Guardian does not appear, I’m sure you can list the others without my having to do so, and the village graveyard has moved from the beach to somewhere in the woods. And the General Store isn’t quite the same shop in ‘Hammer’ as it is in ‘Arrival,’ probably because there is a new shopkeeper No.112. Why the need to replace the former shopkeeper? Well perhaps an audit was made of the General Stores accounts, and No.19, or was it 56, was found to have had his fingers in the till! Mind you that would be rather difficult seeing as he didn’t have a till, that was not added until No.112 was appointed the new shopkeeper!
Fact, There is less screen time of the bout of Kosho in this episode than there is in ‘It’s Your Funeral,’ which begs the question why? Actor Basil Hoskins as No.14 is No.6’s opponent in the Kosho match, so surely there should have been more screen time in ‘Hammer’ than ‘Funeral.’ As it is the Kosho match places Basil Hoskins fair and square in ‘It’s Your Funeral.’ Perhaps that is why No.22, played by Mark Burns is in ‘It’s Your Funeral,’ because of his likeness to Basil Hoskins?
Dodgy Coding, The two slips of paper seen in ‘Hammer Into Anvil,’ which have inscribed upon them the numerical code written by No.6 are both different. The first is seen to be attached to a pigeon’s leg, the second is given to a cypher clerk in the computer room.

Both by a different hand, and not necessarily in Patrick McGoohan’s hand!
It’s strange, but in the final scene in ‘Hammer Into Anvil’ the purple walled domed chamber somehow seems much larger. This was No.2’s inner sanctum, a place where he could feel safe behind the pair of blast-proof steel doors. But as No.2 clings to the Penny Farthing bicycle for comfort, the chamber seems unfriendly and alien, especially when he takes to his womb-like chair, but even in that there is little comfort to be found at the end.