The Wreck of The Amis Reunis Revisited

Regular readers of my blog will remember a previous entry regarding the wreck of the Amis Reunis at Portmeirion when the shifting sands of the estuary revealed the yacht’s timbers in 20012. 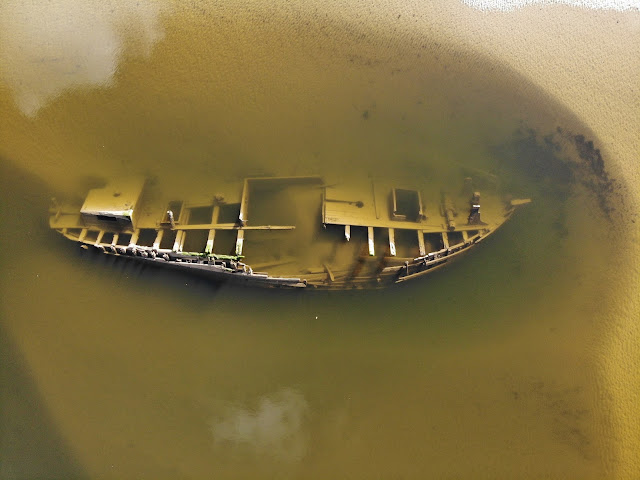 Now we can revisit the wreck of the Amis Reunis via a quite remarkable photograph taken by Fraser Levey in October 2018 to use Fraser’s own words;
“I was on one of my regular stays at Portmeirion. I was staying in Government at the time and noticed the wreck was particularly visible one morning so I thought I’d have a go at getting a decent photo of it.
I used a DJI Mavic Air to get the shot (I asked permission first) from about 15 metres directly above the wreck at low tide. I wasn’t prepared for how much was left intact, indeed I don’t think Portmeirion realised how much was left either. I’ve done a bit of post processing in photoshop to bring out the details but really not much.

The image has been shared with Portmeirion and I have permission to fly over the wreck again to see how the condition has altered. Sadly this year’s stay there was cancelled but with a bit of luck we’ll make it next year at least once.”

The surprising thing for me is the condition of the wreck, how the shifting sands of the estuary at Portmeirion has preserved the Amis Reunis remarkably well.